Dispute Over Bulldog Attack In Bethany 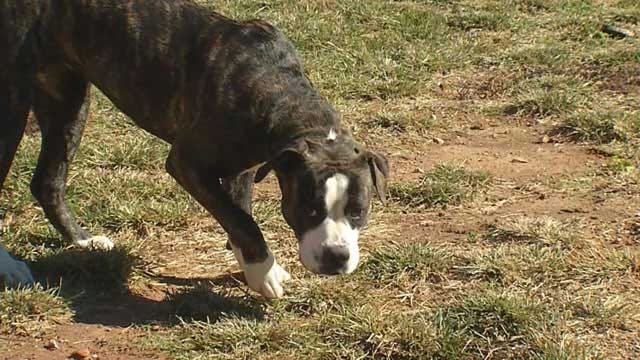 The Bethany Police Chief's wife says the dogs are vicious and left her with bruises, so a court hearing took place to determine if both dogs would be put to death.

Werner gets nearly in tears and terrified at the thought of losing his two dogs, 14-month old Brutus and 7-month old Athena.

"My son plays on him, loves on him, gives him kisses, rides on his back and Brutus just adores Colton and has never shown hostility," Werner said.

Both dogs broke through their next door neighbor's fence, which happens to belong to the Bethany Police Chief. The chief's wife, Amy Cole, called the cops on the dogs last Saturday when she says she was attacked in her yard.

Cole met with her neighbors at the Bethany Municipal Court for a hearing to determine if both the Werner's dogs need to be put down.

"He kept jumping on me and biting me and jumped on my back," Cole said in court.

She showed the bruises on her arm she's had for five days. She said she had to go to urgent care continues to take antibiotics. She said both dogs were aggressive, but it was the bigger one Brutus, who nearly knocked her down.

"I said Brutus no, Brutus stop hoping he would get down," Cole said.

“The dogs have knocked down our fence before, this is a problem that keeps happening.”

Earlier this year in February, Werner admits that he had a dog that bit and injured the Cole's dog, but that dog was put down immediately.

“I don't want a vicious dog around me either, I grew up with big dogs and Brutus and Athena aren't like that,” he said.

The dogs veterinarian, who has cared for them since they were both 8 weeks old, testified that the dogs are just dominant not vicious and are still puppies, who don't know their size.

“They look very impressive, and that sometimes is the big problem when you see a big dog and you're very concerned about what it's going to do to you,” said Dr. Emily Redden of Council Veterinary Hospital.

"It makes me very sad and I'm frustrated because I feel that the dog breed is being judged and the dog behavior is being misjudged."

Several witnesses took the stand, including a Bethany Police officer Nathan Meyers, who responded to the Cole's home. Meyers told the court he had to pepper spray one of the dogs, and he was bitten and scratched and bleeding.

"I'm sorry that it happened, and I immensely apologize and wish it never happened but at the same time it's not deserving of an animal to be put to sleep," Werner said.

After three hours, a judge ruled that both dogs will not be put down and will be able to live, but not in the city of Bethany. The dog owners have 10 days to move the dogs or will face a fine.

This comes after the Werners have recently installed a new fence, paid fees and on top of that will have to pay $660 for administrative and court fees. The family says they are glad the dogs will live but saddened that they'll have to leave the city.

Dispute Over Bulldog Attack In Bethany