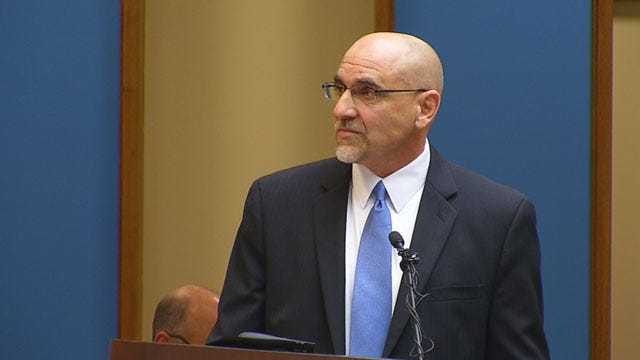 For the first time since his appointment, the new Oklahoma City Public Schools' (OKCPS) superintendent laid out a district wide transition plan.

He said there are a number of critical issues that must be addressed with urgency.

The plan he presented to the school board Monday night will focus on the many challenges facing the district. The urgent plan has a purpose of getting the largest school district in the state back on track..

“It's our job to make sure the system supports all of our kids,” said Neu.

The superintendent was adamant about not calling the plan “a finger pointing exercise,” but simply a presentation of the state of OKCPS.

The city's education leader has identified five critical areas of focus which include the lack of African American student achievement, a misaligned curriculum and the lack of academic rigor.

“We have bright kids that are not being challenged, and in fact, our course catalog has not been updated since 2004,” said Neu.

Overcrowding on the city's south side was also a primary focus for the superintendent in the plan. U.S. Grant High School has 26 traveling teachers. According to the district, libraries, cafeterias, and even teachers workrooms are serving as classrooms.

“And so not only are there teachers not getting to class on time to get ready for class, but they're also battling to get through the halls with students,” said Neu.

Superintendent Neu said it's among the many frustrations that plague the district, as well as a lack of curriculum support, and an inefficient hiring process.

They're frustrations he said he plans to change.

“Every one of us wants progress, but none of us likes change. So I challenge all of us. It's time to change our behaviors so that our kids will be successful,” said Neu. “They're counting on us.”

District officials asked for the support from voters in a 2016 bond proposal. It will address the critical need for additional classrooms, upgrades in technology and security systems, improvements to playgrounds and various capital improvement projects, as well as an aging bus fleet.