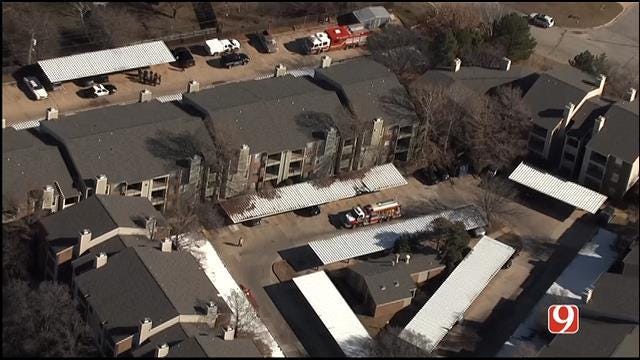 Oklahoma City police said they did not find anything suspicious after receiving a report of a suspected meth lab found at an apartment complex Friday morning.

Police originally told News 9 that Oklahoma County Sheriff's deputies were serving a warrant at an apartment at the Bluff Creek Apartments, located at 5757 Hefner, when they discovered evidence of a meth lab inside that apartment.

Hazmat crews were then called to respond to the scene.

However, after further investigation, police told News 9 Friday afternoon that they didn't find anything suspicious in the apartment, despite previous reports. No one was arrested.

Emergency crews evacuated residents in the surrounding areas during the investigation.