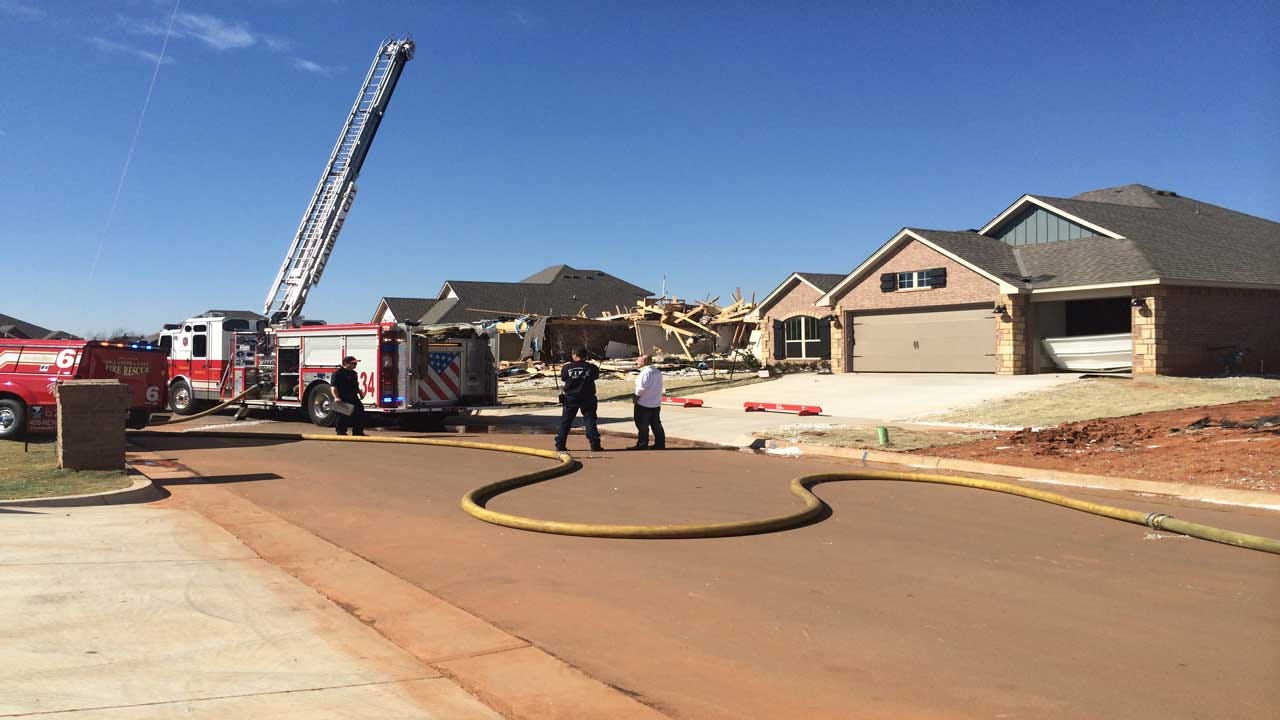 According to OKCFD, this home was under construction and was unoccupied at the time of the explosion. And it appears to have been caused by natural gas.

One person is being evaluated at the scene. But no other injuries reported.

Two other homes in close proximity of the house explosion received some damage.

Authorities said the fire is out and investigators are on scene to determine an official cause.