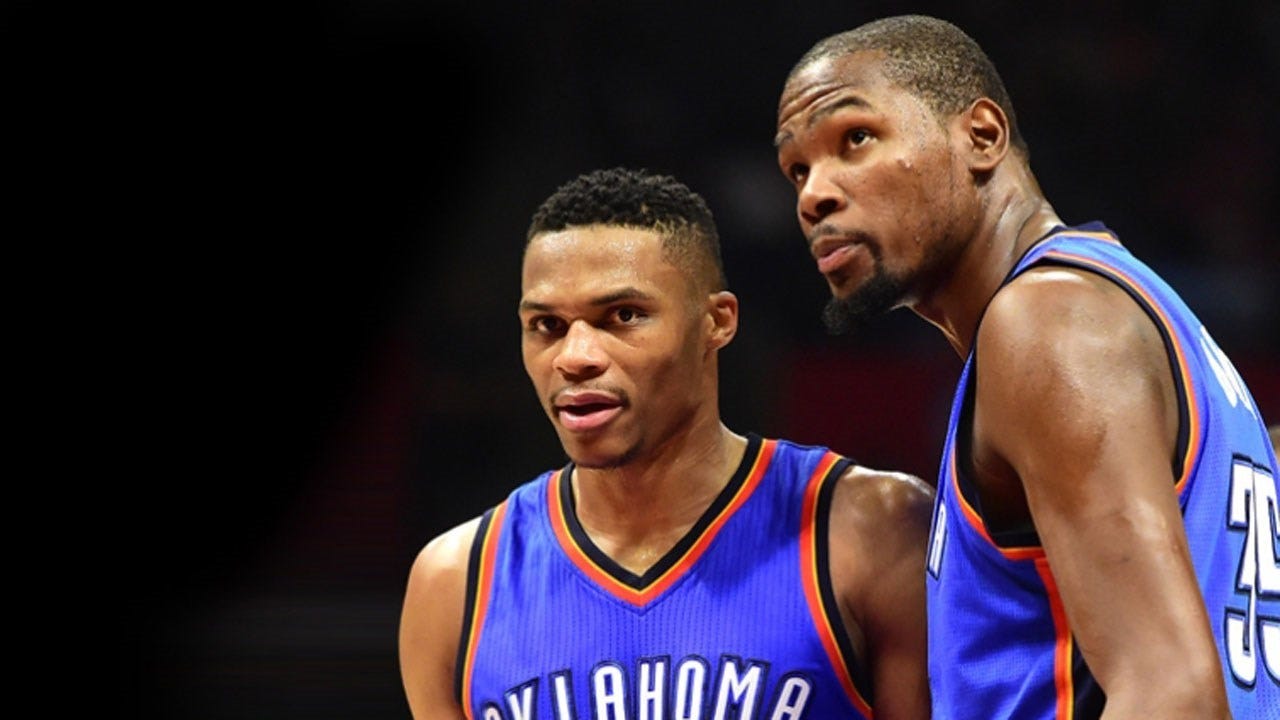 While appearing on the TrueHoop podcast, ESPN's Royce Young on Tuesday that Kevin Durant told Russell Westbrook he'd be re-signing with the Thunder before he met with other teams, but ESPN is recanting that report after what appears to be a mix up of words.

Young made the following statement:

Three weeks ago, Kevin Durant's sitting there at dinner, telling him "Hey, I'm coming back, man. Don't worry about it." And now, Russell Westbrook has been kind of thrown into this in having to decide his future a summer earlier than expected.

Kevin Durant, more so than even that, was telling people, "Hey, yeah, I mean I'm coming back." Like I said in there, a week before Kevin Durant sat down in the Hamptons, he was in Oklahoma City ready to make an offer on a multi-million-dollar house. So, the guy was pretty serious about coming back, and then things turned rather quickly for him to leave. And there's no doubt that the organization felt a little bit burned by this.

But after Young's comments caught fire throughout the sports' world, he decided to clarify what he was really saying.

In a TrueHoop podcast on Tuesday, I misspoke in saying that Durant specifically told Westbrook he was coming back.

On the podcast I said, "Three weeks ago, Kevin Durant's sitting there at dinner, telling [Westbrook], 'Hey I’m coming back, man. Don't worry about it.' And now Russell Westbrook's kinda been thrown into this in having to decide his future a summer earlier than expected."

These were not direct quotes meant to be attributed to Durant. It was an attempt to characterize what Westbrook thought his situation was going to be in Oklahoma City and how Durant's leaving impacts his thinking about his future.

It appears it was just a mix up of words, but nonetheless it was good that Young took the time to shed some light on what he was really trying to say.