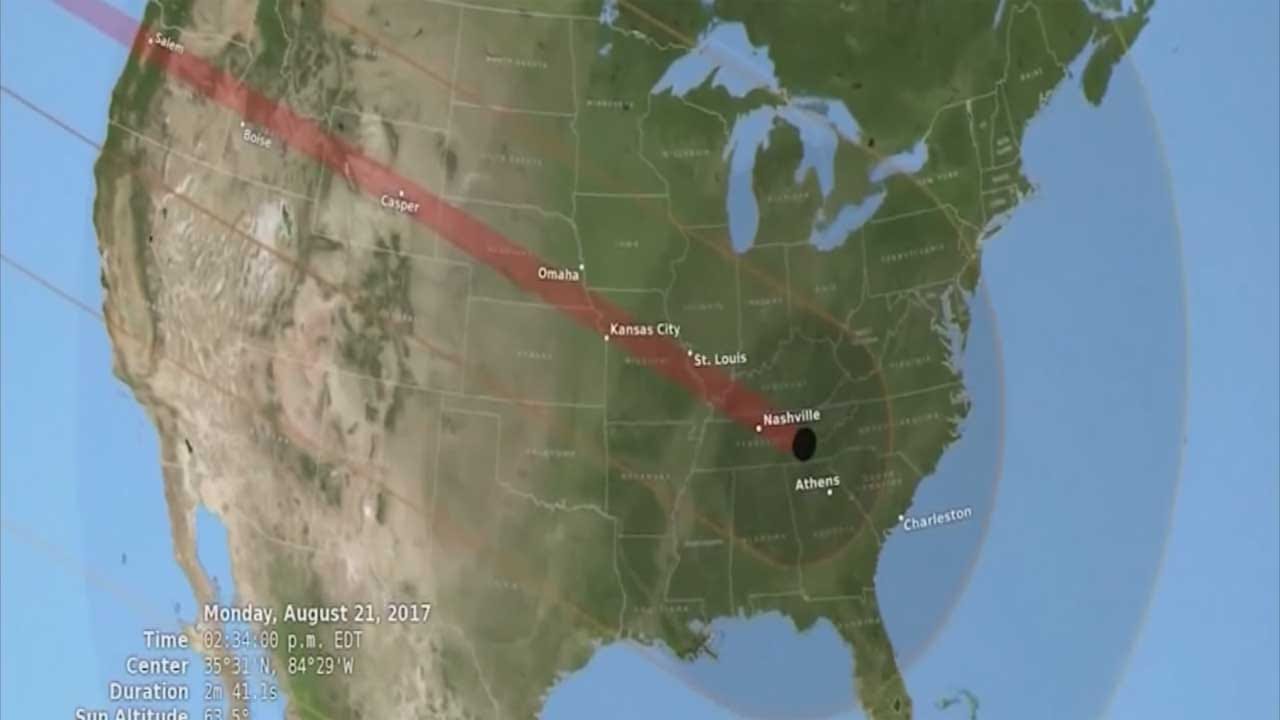 Tourism officials in Missouri have predicted hundreds of thousands of people will gather in the middle of the state to take in Monday's total solar eclipse.

The 70-mile wide path will extend from Oregon to South Carolina. Central Missourians will be able to see the total eclipse in its totality for more than two and a half minutes just after 1 p.m.

"How fired up are people? Oh, they are crazy, they've got eclipse fever. They're cancelling class tomorrow between noon and 3 p.m.," said Richard Walls, a Columbia restaurant owner. "It's a big deal."

The eclipse will be seen around Oklahoma with about 88 percent of its totality.