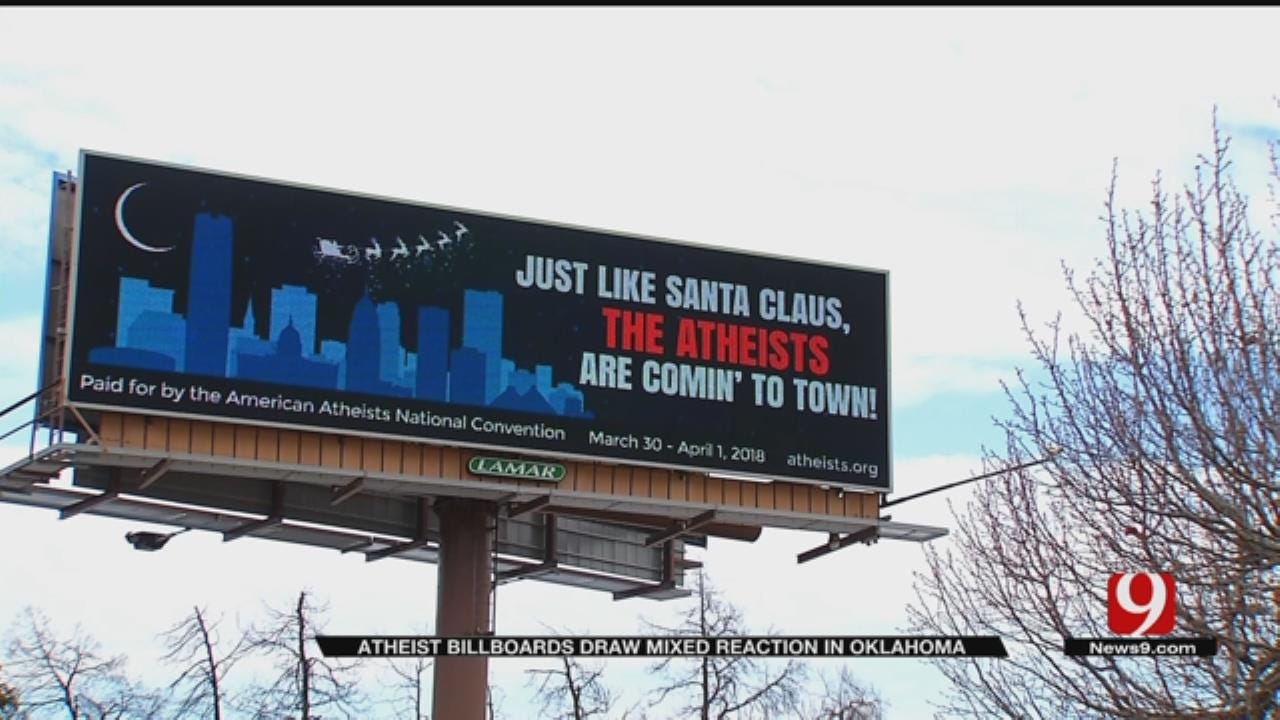 Controversial billboards have popped up recently across Oklahoma, Texas and New Mexico.

The message on three Oklahoma City billboards is short and direct; “Just like Santa Claus, the Atheists are coming to town.”

Bad timing for those like Oklahoma City resident Michael Mulligan who said the atheists are trying to get in the way of the holiday spirit.

“It’s hard to miss, and I understand what they’re doing but at the same time let Christians have their holidays, then we’ll have a discussion some other time,” said Mulligan.

The messages are all paid for by the American Atheists National Convention and are popping up along the sides of several major roadways and intersections.

Atheists leaders News 9 got a hold of said the purpose behind the signs is to raise awareness about the diversity of the community — that includes atheists.

While they disagree on many things, one thing both sides say wouldn’t hurt is conversation.

“While obviously we don’t agree with the sentiment, hopefully there’s an opportunity for dialogue. That’s what we’re always looking at is to try and find time and places to talk to people about what we believe and listen to what other people tell us they believe,” said Ryan Newell, an elder at Wilshire Church of Christ.

The billboards will be up through December, but the actual convention won’t take place until the end of March.