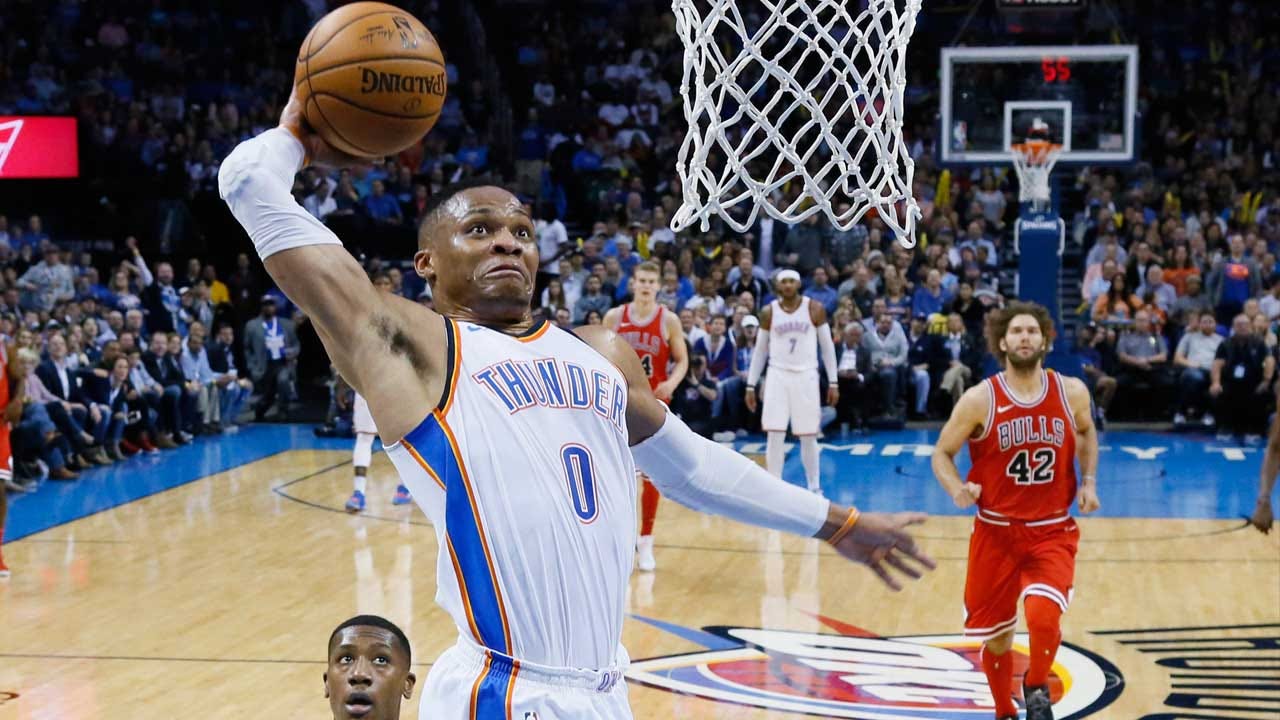 The Thunder looks healthy and is rolling in December, carrying an 8-3 record into tonight’s mid-month meeting with the Atlanta Hawks. Tipoff in Chesapeake Energy Arena is set for 7 p.m.

Atlanta (7-24) is, by record, the worst team in the NBA and exactly the type the Thunder has been prone to overlook this season. The Magic, Hornets, Nets, Mavericks and Kings have all handed OKC a loss despite – let’s be honest – employing lottery-bound rosters.

A couple factors are working in the Thunder’s favor tonight. First, Atlanta’s only star, point guard Dennis Schroder, is questionable with an ankle injury. Schroder leads the team averaging 19.4 points and 6.7 assists per game and he’s their floor general.

Secondly, Russell Westbrook is heating up. The six-time All-Star is averaging 29 ppg and shooting 59 percent from the floor in his last three games. He’d previously gone 16-straight under 50 percent shooting.

The Hawks have a few bright spots, even amid this dismal season. Baylor product Taurean Waller-Prince is having a great sophomore campaign in an expanded role. He’s upped his scoring average to 13 ppg and has become a weapon outside the arc shooting 42 percent from downtown. Rookie power forward John Collins, from Wake Forest, is averaging 11.4 points and 7.1 rebounds and posted an 18-9 line on Wednesday against the Pacers.

Oklahoma City (16-15) looked like the dominant team everyone expected on Wednesday against Utah. The Thunder starting five – Westbrook, Andre Roberson, Paul George, Carmelo Anthony and Steven Adams – was dominant. All five ran at least +30 for a combined plus/minus of +172 in the 28-point win.

Tonight is the first game of a back-to-back for the Thunder. OKC goes to Utah for a rematch on Saturday and then hosts the league-leading Houston Rockets on Christmas day.