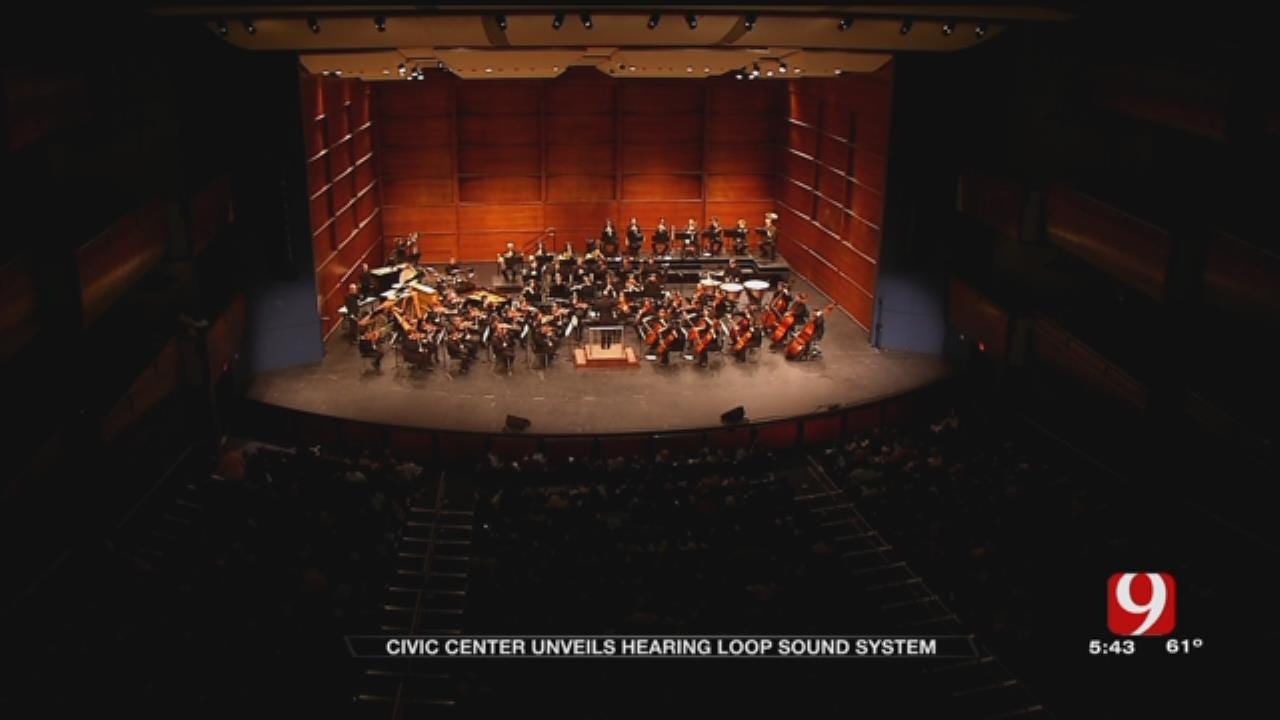 More than 48 million Americans have significant hearing loss. However, this week, the city of Oklahoma City is unveiling a sound system that will keep hearing loss patients in the loop, while they enjoy the arts.

“We mainly do the musical plays because I love music,” said Sharon Hendricks, a longtime patron of the Civic Center.

Sharon along with husband Ron loves the arts and have attended shows at the Civic Center for years.

“They're just so entertaining and plus you know get a little hint of culture in there and we like doing that,” she said.

However, Sharon admits her hearing aids have limited her overall experience.

“I've had hearing aids for more than half my life,” she said. “It was frustrating in the sense that there were a lot of times I had to nudge my husband and say now what did they say, what they did there.”

John Siska is the General Manager at the Civic Center.

“A lot of patrons will not come to shows because they have a hard time hearing,” he said

He says that's why the city upgraded the sound system at the Civic Center with a "hearing loop."

“There's no ambient sound, there's no background noise,” Siska said. “They have no interference of any other source. It's a clear, crisp sound that really, they have the best sound in the house.”

A black magnetic strip runs under all the 2,477 seats and sends an electromagnetic signal to the receiver or T-Coil inside most hearing aids and cochlear implants. So with the touch of a button, Sharon’s hearing aid becomes a wireless speaker.

“The sound was directly into my ears and I could hear and understand what was being said and what they were singing, it was just phenomenal,” she said. “It just makes all the difference in the world.”

Headsets also will be available to people who don’t have a hearing device but want to enhance their listening pleasure. The city will hold the ribbon cutting on Monday at 1:30 pm at the Civic Center.