Sam Bradford: A Leader To Admire On And Off The Field 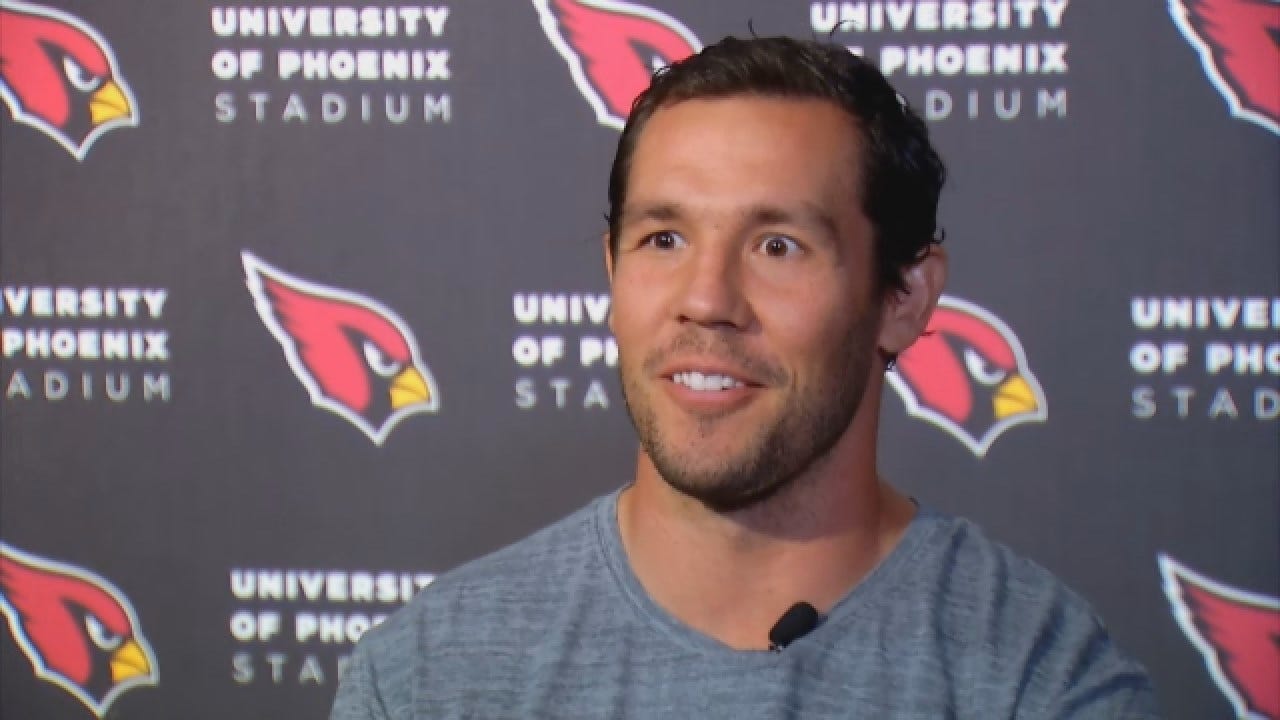 Sam Bradford's talent, motivation and determination have helped him weather every storm he's faced while playing football in college and the pros.

And through it all, Sam has become a leader to admire both on and off the field.

The road Sam Bradford took to winning a Heisman was a little different than others. Natural athlete? Sure, but growing up - even in high school - football wasn't everything.  It had it's place, and that was that.

"He could have went on and played, I believe, Division 1 basketball at some level. He had a lot of opportunities to go and do some things. I think he picked the right one, but that is just me," said Bob Wilson, former head football coach at Putnam City North.

Bradford's athleticism and versatility was on display at Putnam City North, but it took a while for big name college to notice.

John Holcomb: "Were you motivated by the fact that you weren't more highly thought of as a recruit, I guess?"

Sam Bradford: "No, because I probably didn't think of myself as, you know, one of those highly recruited guys, just because to be honest football was just something I kinda did in the fall," Bradford said.

"It wasn't until my sophomore year when I started to get some attention."

"I really loved it when I really started paying attention to him on the basketball court," said OU Coach Bob Stoops.

"You really got to see what a great athlete he is in the way he played basketball, you know, just running, jumping, dunking the ball, just could shoot from anywhere"

But soon after he arrived in Norman he had to negotiate a pretty big pothole in the road to that Heisman.

"It was hard. That first year, it was really difficult for me. I wasn't playing. For a while I didn't really even feel like I belonged at OU," Bradford said.

"I wanted to quit. And I remember Coach Heupel was like 'no, you're sticking it out, you're not going to go play basketball somewhere, you're going to play football, you're going to do this and I'm going to help you.'"

That first year may have been difficult, but Bradford's head coach knew what everyone would find out later - Sam was a starter in waiting.

"I knew when he was being red shirted watching him direct the scout team. I kept telling our assistant coaches 'have you watched him practice?' Finally I made them watch, and you guys need to pay attention to what he's doing and then they agreed with me."

In the fall of 2007, Bradford started all 14 games, throwing for more than 3,100 yards with 36 touchdowns and only 8 interceptions.  A career year for most college quarterbacks, but for him it was more like a warm-up.

John Holcomb: "How much fun was that - I mean you guys were so explosive. I mean it was crazy the numbers you put up."

Sam Bradford: "Yeah, I mean that's probably the most fun I've ever had playing football. I hate to say it but it was a matter of how many points we were going to score, and we all had a lot of fun doing it."

The 2008 Sooners scored 51 points per game.  Bradford threw for a school record 4,720 yards and 50 touchdowns, and along the way to the Big 12 title and BCS championship game had his Heisman moment.

John Holcomb: "The one that comes to mind for most people, and this is coming from a guy who also does Oklahoma State broadcasts, so, you getting flipped. It seemed like at that moment, like wow. Was that the one for you or is there another one that sticks out for you?"

Sam Bradford: "Yeah, you know - that's the one that everyone kinda brings up because you know it got photographed then it was around and everyone's seen it, but it seems to me there was just a stretch where I think it was Texas Tech, Oklahoma State, maybe the Big 12 Championship game where we just, we played in prime time games three or four weeks in a row and we were scoring 60 points every week, and we were all having fun and we were just beating people pretty bad.

"There was a stretch or three or four weeks or so where I felt like maybe I do have a chance at winning this."

Then it happened - Sam Bradford won the Heisman.

"When I heard my name called, obviously it was an incredible feeling and a weekend that I'll never forget."

Next came his acceptance speech.

"Yeah, it was tough because I didn't write anything. You know, it just kinda came from the heart and it came out. I hope it sounded great."

Bradford's follow-up year didn't go as planned. Shoulder surgery in late October ending his playing career in Norman and starting an unfortunate trend that has followed him in his NFL career. But it's also given him perspective.

"The book's not written yet. I think there's still some chapters there. I think, ya know, a lesser player, a lesser guy, maybe wouldn't have stuck and fought back to get back to where he was to rehab several times, to stay focused, to be with another team to try and go out and be a leader on that team," said his former high school coach Bob Wilson.

"To me that probably what I am most proud of Sam Bradford for."

"I think everything happens for a reason," Same said. "I think God does everything with a purpose. I think sometimes we don't understand what that purpose is at the moment things happen, but I think looking back in life, looking back at some of the injuries and some of the things that I've gone through - I wouldn't change it for the world."

Sam Bradford: A Leader To Admire On And Off The Field