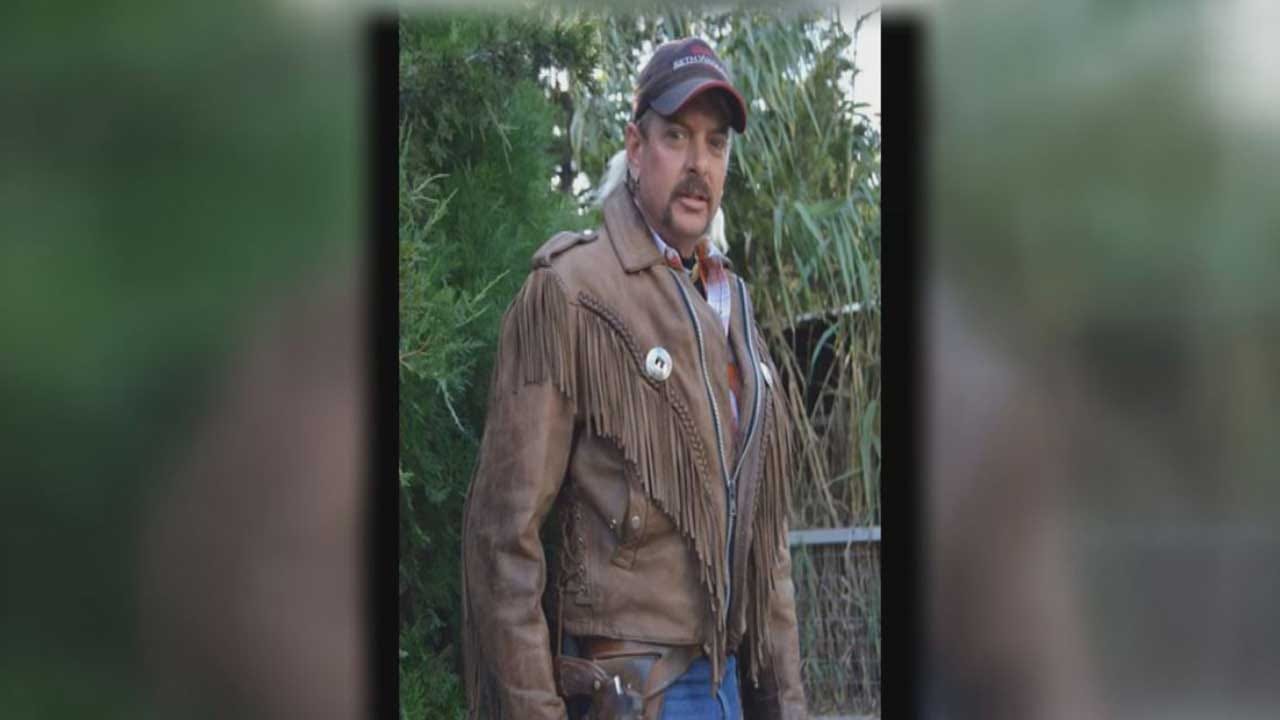 Joseph "Joe Exotic" Maldonado-Passage, 55 is accused in a murder-for-hire plot against a Florida woman.

In an exclusive television interview, Only on 9, Maldonado-Passage talked to us Tuesday from the Santa Rosa County jail.

Maldonado-Passage asked that the interview not be recorded under the advice of his attorney but made statements regarding the crime via video call.

He claims he has lost everything to a greedy Jeff Lowe, the current owner of Greater Wynnewood Zoo.

Maldonado-Passage says since their introduction in 2015 Lowe has been plotting a takeover. Forcing him out of the park back in July, and then later conspiring with the Feds in the months leading up to his arrest.

When asked about the specifics of the indictment, including his conversations with an undercover FBI agent, Joe said

"They contacted me over and over, I never initiated contact. That's entrapment. "

Maldonado-Passage also claimed he would soon make public a series of social media screen shots and text messages that would prove he was framed by Jeff Lowe.

When contacted for response, Mr. Lowe told News 9 he and his wife have fully cooperated with the investigation but couldn’t say much else.

"Federal agents have asked us to stay tight-lipped until Joe's arraignment," Lowe said.

Maldonado-Passage claimed he suffered ten broken ribs at the hands of U.S. Marshals after he was tackled to the ground. He said he's in need of prescribed medication that he's been denied.