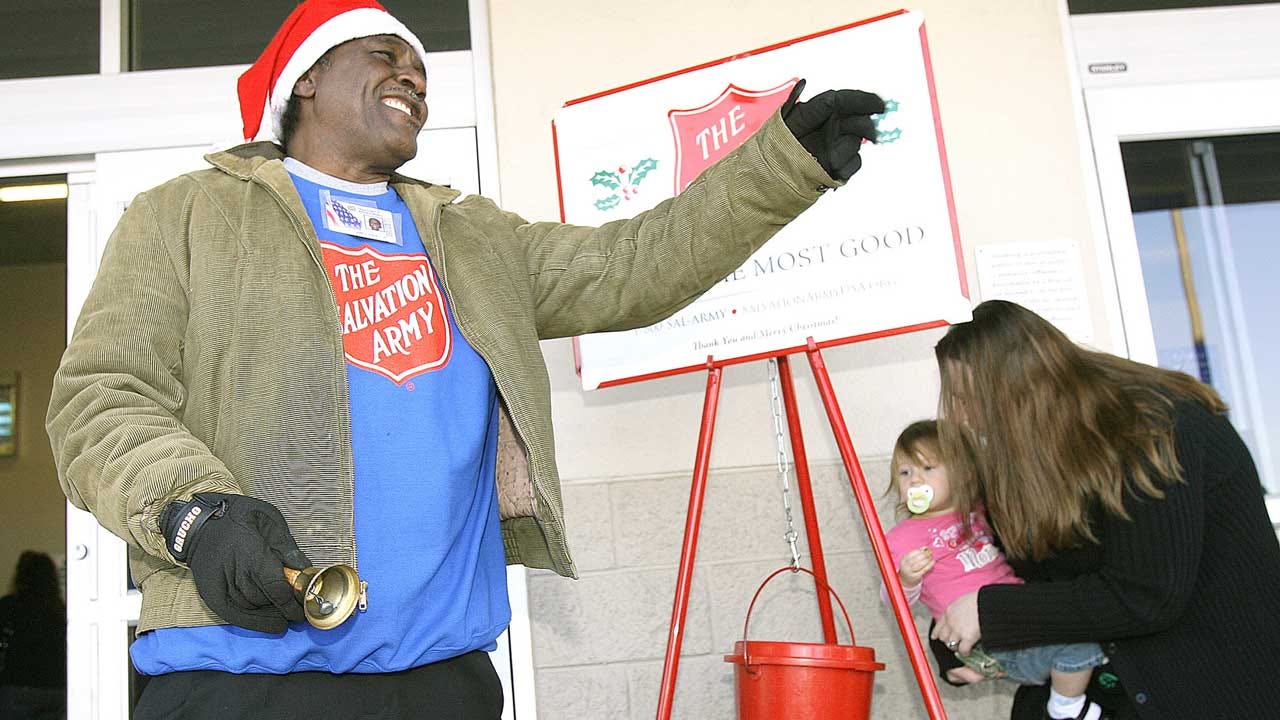 Donations to The Salvation Army's "Red Kettle" campaign are down as foot traffic wanes at retail stores and fewer Americans make purchases with cash. Some leaders with the charitable organization also say they've struggled to recruit bell ringers in a tight job market that has fewer people seeking seasonal employment.

Funds raised through the holiday charity drive, which began in the 1890s, go toward housing and food assistance as well as other programs that help the poor. The campaign starts Thanksgiving Day and runs through Christmas Eve.

"There is less foot traffic at retail outlets where people walk by our kettles. There are fewer people doing that and that will naturally, mathematically, reduce the amount that goes into our kettles," Lt. Colonel Ward Matthews, national communications secretary for the Salvation Army, told CBS MoneyWatch.

"Folks are doing so much more online ordering and shopping that they are not even carrying money on them anymore," he added. "Fewer pass by our kettles, and the ones who do have fewer dollars -- if any cash -- in their pockets."

The Southern New England division of Salvation Army is about a quarter of a million dollars behind where it was at the same time last year, according to regional spokesperson Laura Krueger. She attributes the struggle to raise funds to consumers doing most of their shopping online.

"People are carrying less cash, and we are having a hard time finding good volunteers, too," she said.

Online donations to The Salvation Army are up both regionally and nationally -- but that doesn't offset the decline in giving in person.

"We've implemented a text-to-give campaign that we are pushing really hard," Krueger said. "That brought in about $1,900 today alone, which is helpful."

So-called ambassadors can act as virtual bell ringers, but there's no substitute for the holiday cheer they deliver in person, Krueger said.

"It's an iconic part of The Salvation Army -- and Christmas -- and many people look forward to it," she said.

Dallas-Fort Worth commander Maj. Jonathan Rich said the region has typically relied on paid seasonal workers to handle the holidays. "With a booming economy in this region, we typically paid $8 to $9 an hour because that made sense based on what the typical bell ringer would bring in."

But with unemployment at its lowest level in nearly 50 years, fewer people are seeking seasonal work. Meanwhile, those who are looking to earn some money during the holidays can generally earn higher wages in retail and other fields.

"We can't really up the pay," Rich said.

"We raise about $2 million annually, so that's $200,000 that is real money that can't go directly to the people we serve. So we are going to have to make some adjustments and maybe go to major contributors and see if they can help us make up the gap," he said.

Bells to keep ringing
Though online giving is accelerating, Salvation Army has no plans to abandon its long-running campaign.

"The bell-ringing effort is not going to go away. It may be reduced in the amount of money it brings in, but it is an iconic symbol of Christmas, and we are grateful to the American public who keep it going," Matthews said.

"It's how a lot of kids first learn to give, and we hope that will continue with the movement into the 21st century. If we see some substantial increases in online giving, we will be just fine."