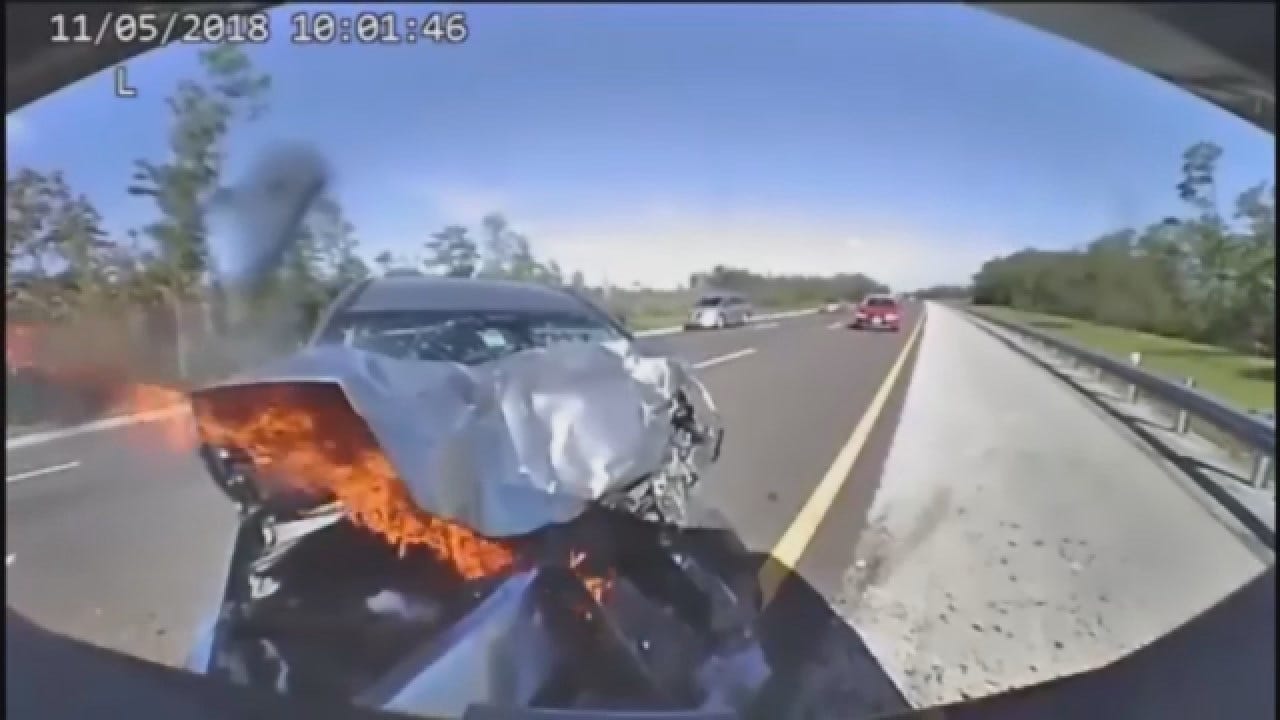 On Nov. 5, 2018, Trooper Richard Verbiest stopped his 2016 Florida Highway Patrol Chevrolet SUV with emergency lights activated behind a disabled motorist on the inside paved shoulder of southbound I-75 at mile marker 134 in Fort Myers.

Moments later, a 2012 Mazda, driven by Fernando Xavier Espinoza, 35, was traveling southbound on I-75 approaching the same location. To avoid slowing traffic, Espinoza swerved his vehicle into the paved shoulder and struck the guardrail along with the rear portion of the stopped FHP vehicle.

The crash resulted in a serious injury to Espinoza and a non-incapacitating injury to Verbiest. In addition, the engine of the 2012 Mazda caught on fire, according to the Florida Highway Patrol press release.

The Trooper exited his substantially damaged FHP vehicle, responded to the 2012 Mazda and pulled the damaged driver door open to gain access to Espinoza. Verbiest, without regard for his own personal safety, pulled Mr. Espinoza from the Mazda to a safer location, per the press release.

This crash also serves as a reminder for drivers to remain focused behind the wheel and to follow the Florida move over law which states, when approaching a stopped emergency vehicle on a multiple lane highway, that vehicle must vacate the lane closest to the emergency vehicle, the FHP press release states. If traffic congestion prevents a safe lane change, the vehicle is required to reduce speed by 20 mph below the posted speed limit.