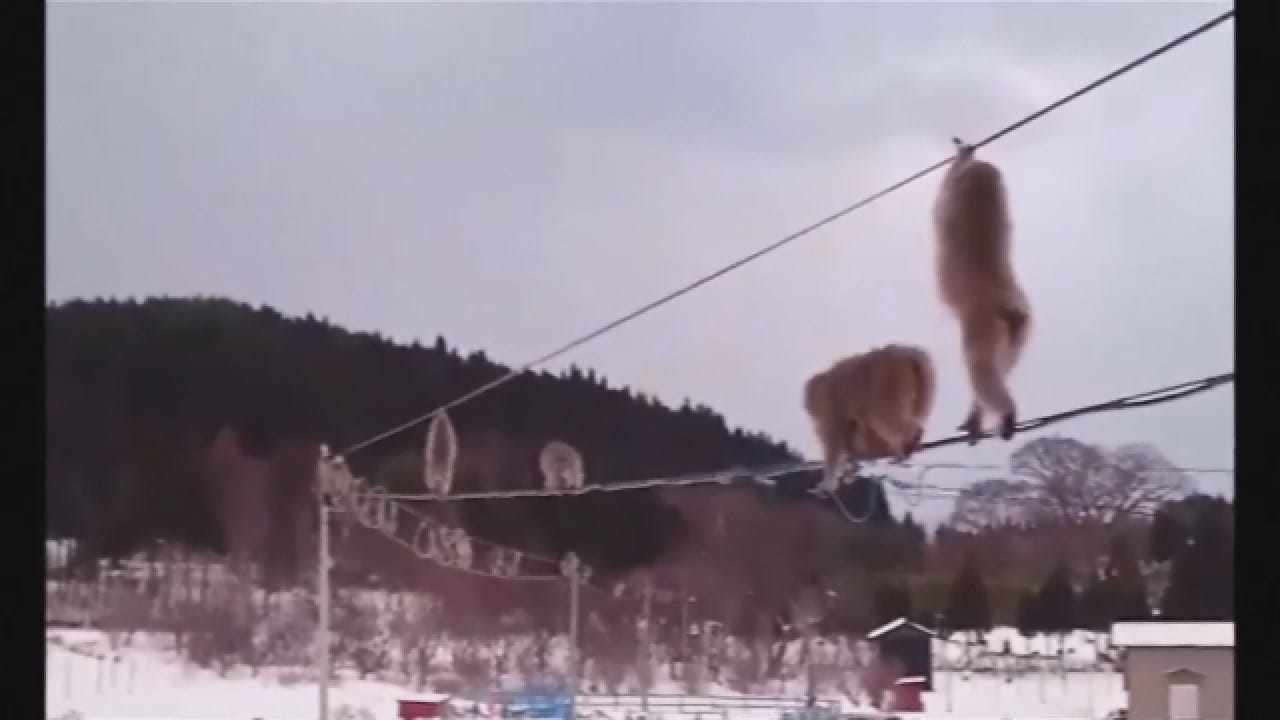 A woman was greeted to the sight of more than a dozen monkeys crossing the utility lines outside her house on Friday.

Emiko Yokoyama of Japan filmed the footage that morning, after seeing an unusual number of monkeys outside her home.

She shared the video with her daughter, Nanami Yokoyama, who later posted it on Twitter the same day. The clip has since garnered at least 944,000 views.

Nanami Yokoyama told Reuters, "Monkeys occasionally walk across the telephone line. But it is always 5 or 6 at a time. It is my first time to have seen so many!"