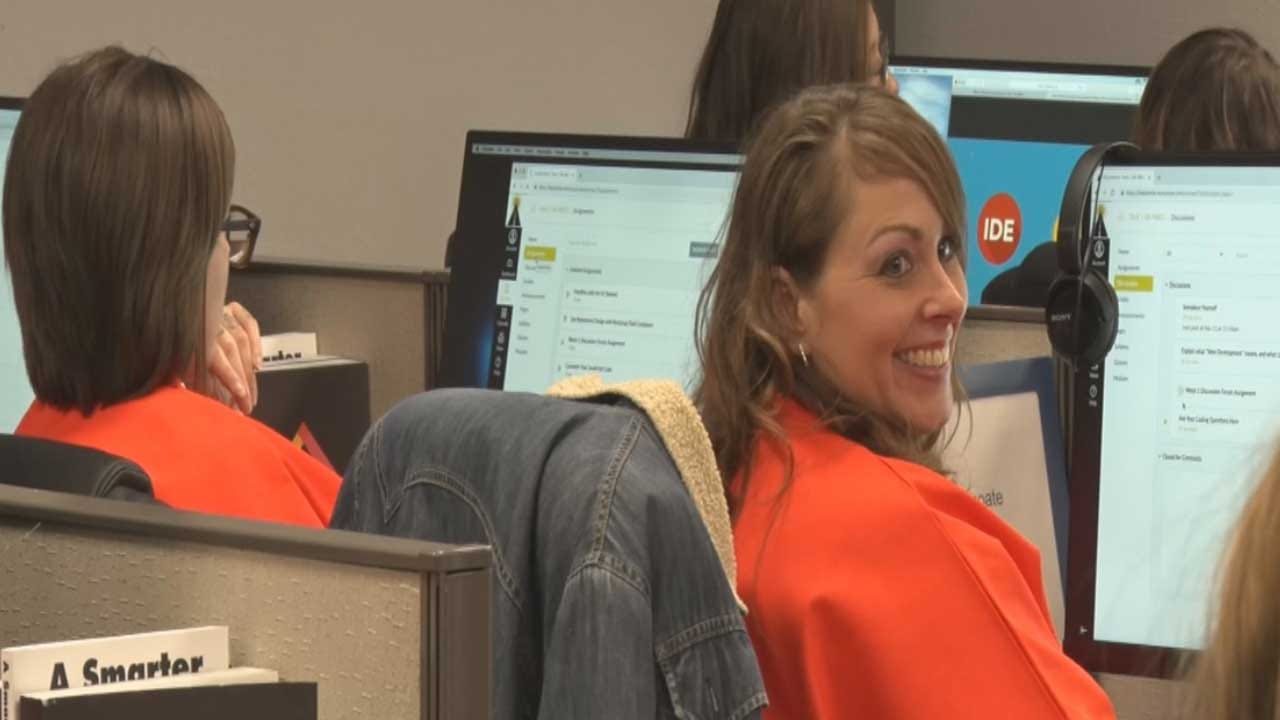 Hip-hop legend Stanley “MC Hammer” Burrell joined Governor Kevin Stitt to cut the ribbon for the class on Monday. Burrell is on the board for The Last Mile, which started at San Quentin prison in his home state of California. The project now operates in 12 prisons in four states around the country.

Burrell says of his involvement, “If you have an opportunity in life to be able to assist, to be able to help, that is the very foundation of our community and who we are as people.”

The first 18 women chosen for The Last Mile in Oklahoma are excited to embark on this year-long, full-time course. They are in a system with the highest female incarceration rate in the country, but many of the inmates, like Toc'quianna Culver, committed their crimes while they were victims of domestic abuse.

Culver says, “The warning signs were there, but I didn’t adhere to them, so this became reality.”

Culver has been in prison for more than a decade, but is currently working on her second college degree and looks forward to earning an honest living when she gets out in 2 years. Top graduates of The Last Mile will get additional job training and placement services as they complete their sentences.

Chasity Choate looks forward to returning to her life as a mortician with new skills to help her succeed.

“Being able to design my own website, build my own technology,” she says, “that is, I believe, going to be the stepping stone to coming out as a felon and getting back into the workforce.”

The women hope this program, along with other criminal justice reform efforts, is among the first real steps towards changing lives.

“It’s amazing,” Culver says, “but it took one person to say I believe in you. You can do this. It makes such a big difference, and I got that in this place called prison.”

To learn more about The Last Mile, click here.