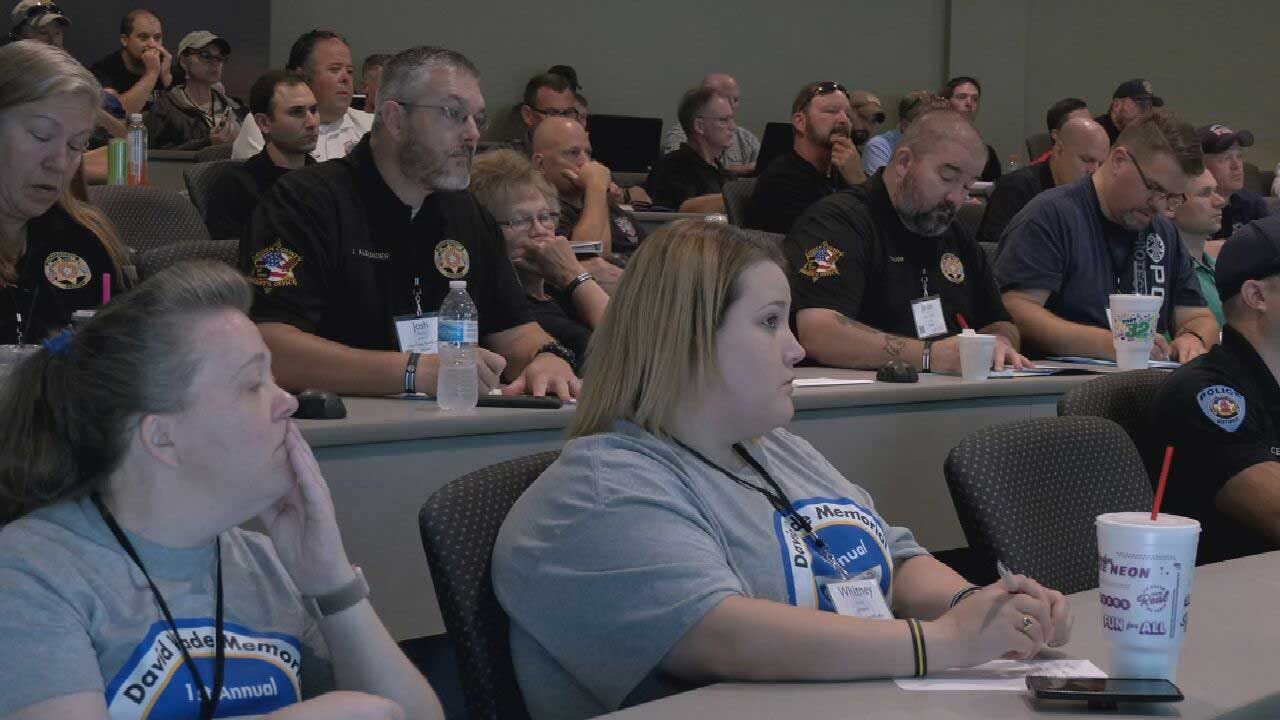 Two years after a Logan County deputy was killed in the line of duty, his department is ensuring others stay alive. The inaugural David Wade Memorial Active Attack Conference is underway at Rose State College this week, allowing Wade's memory to live on.

The patrol cars in the parking lot come from all around the state to create something positive out of tragedy.

A military veteran with two degrees, David Wade's friends and family say he would have been eager to attend a conference like this.

“He was always trying to learn and increase his knowledge base, so we could better understand what we’re dealing with out there,” remembered Logan County Deputy Josh Alexander.

Instead, he was gunned down while serving an eviction notice in April 2017. Nathan LeForce's trial starts in two weeks.

In memory of their colleague, Logan County deputies rallied experts from around the country to teach a comprehensive approach to every type of active attack.

Presenter Dr. Mike Clumpner from Threat Suppression, Inc. told his audience, “The interesting thing about school rampage killers is, they’re not looking to enact revenge against individuals. Adults are.”

The goal is to bring the red and blue together to better communicate during a response. Properly applying a tourniquet was another class, something all first responders need to know.

Instructors say even civilians should be alert in case of an attack.

The FBI has recorded nearly 2,500 victims from more than 250 active attacks in America over the past two decades, so organizers want the public to acknowledge the very real threat. It is a lesson Logan County learned in the worst way.

“I almost feel like we’re immune to these events today,” Worden said, “because they see something somewhere on the news almost every single day, and everybody always thinks, oh, not me, until it unfortunately happens in their hometown.”

You can be on the lookout for your home agency to share more information on how you can help keep your community safe as they return from the conference.