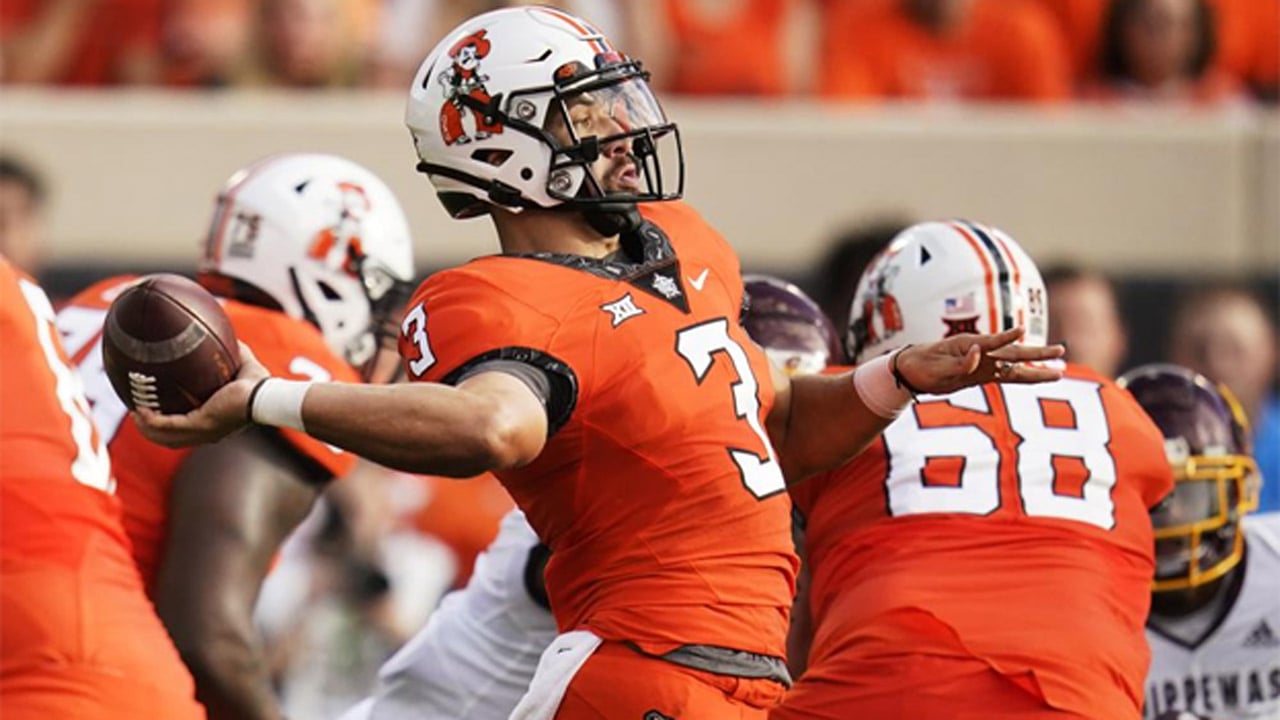 Gundy said Jones "can really hurt you" with his dual-threat ability.

Jones, a Top 100 talent out of high school, completed 13 of 18 passes for 152 yards with no touchdowns or interceptions last week in a 40-3 victory over Northern Arizona. He rushed 11 times for 48 yards and two touchdowns.

"We have to control their quarterback first; he's a good player," Gundy said. "He throws the deep ball really well and makes plays with his legs. If you don't contain him, he's gonna take off and run."

Sanders threw for 406 yards while completing 28 of 41 attempts with four touchdowns and no interceptions. He also rushed for 57 yards on 11 carries with two touchdowns.

The Sun Devils will head into Saturday's game without two of their starters who are lost for the season.

Defensive end Michael Matus was lost before the season because of a torn ACL, and offensive tackle Joey Ramos came away with a severe high ankle sprain against Northern Arizona.

"It's the old statement, 'Next guy up.' There's nothing you can do about it," Arizona State coach Herm Edwards said. "You got to play the guys that are available, and I tell guys that all the time. You're one hit away or a helmet coming off where you got to go in the game, and you got to prepare that way."

Isaia Glass likely will start at Ramos' position for the Sun Devils, with Emmit Bohle at left tackle if Des Holmes (out with an undisclosed injury) is unable to play against the Cowboys.

Edwards said Holmes is questionable for this week. Glass and Bohle split reps at left tackle through the spring and into fall camp.

Edwards said cornerback Timarcus Davis, out nearly three weeks with a bruised knee, is expected to play against Oklahoma State. The player who replaced Davis, Ed Woods, is now out with a lower-body injury.

Oklahoma State running back Deondre Jackson, a transfer from Texas A&M, has been unavailable because of a transcript issue. School officials expect Jackson to be available against Arizona State.

Jake Schultz, a former defensive end moved to offense in the spring, had an undisclosed injury that kept him out against Central Michigan but will return against the Sun Devils.