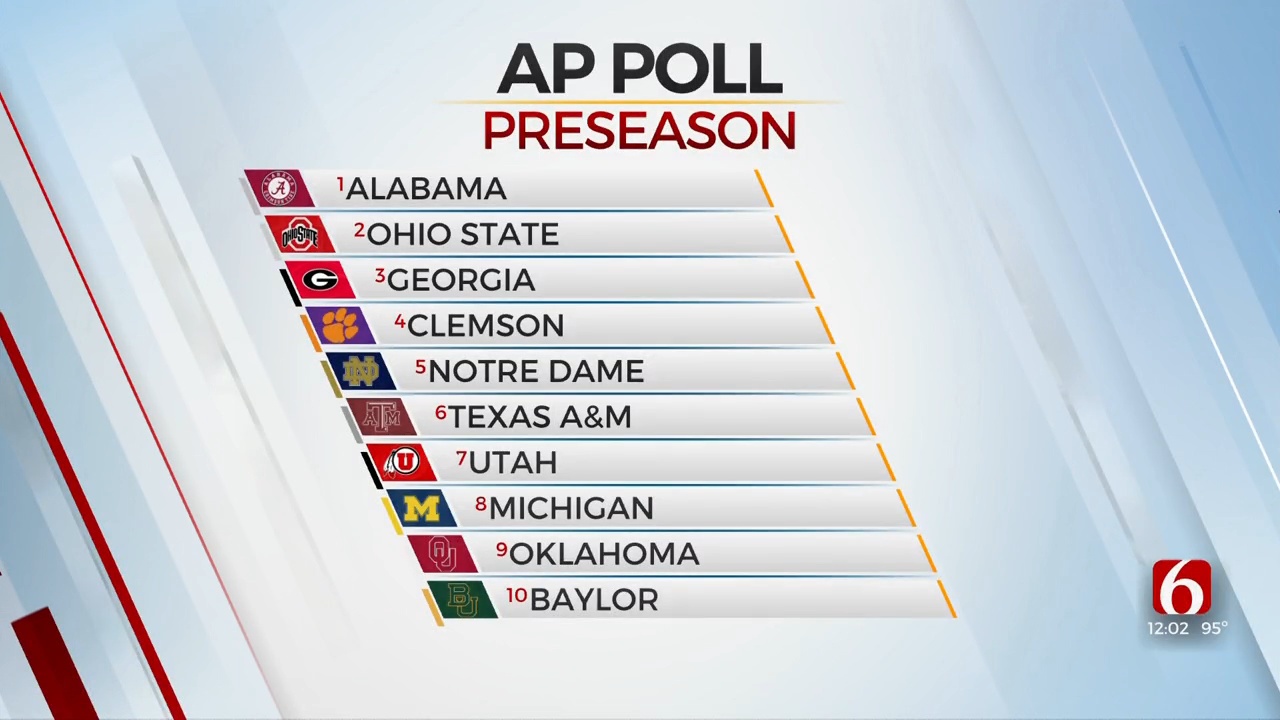 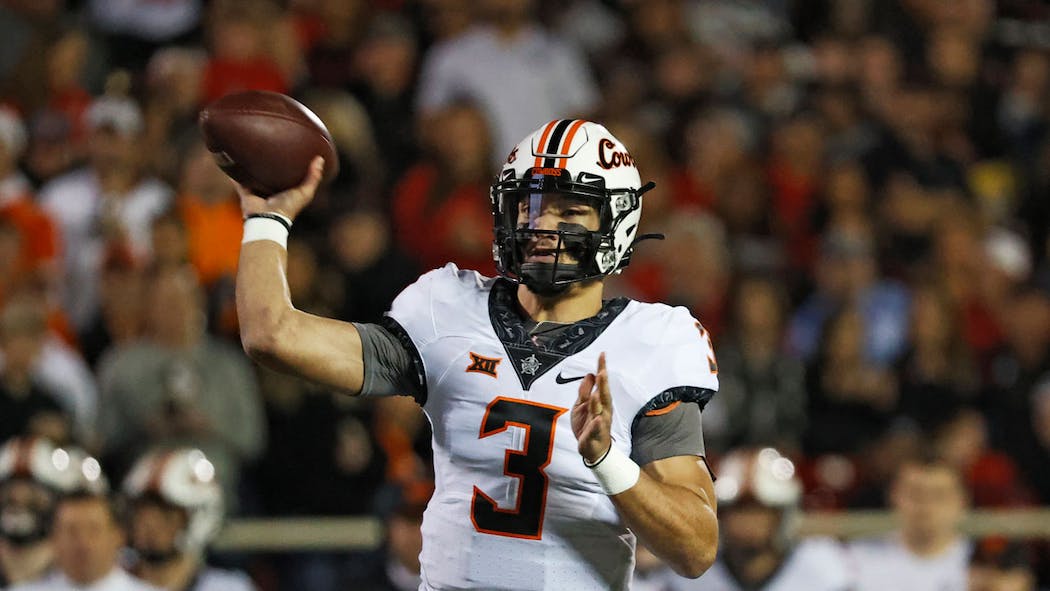 The Associated Press released its preseason poll for the upcoming 2022 college football season Monday, which features the Sooners and Cowboys.

Oklahoma and Oklahoma State, which are strong contenders to win the Big 12 this season, placed ninth and 12th, respectively.

The Sooners' ninth-place ranking is the highest among current Big 12 teams. Baylor checks in at No. 10.

Texas and Kansas State were the other current two Big 12 schools who received votes but did not make the Top 25.

For a look at the entire poll, click here.