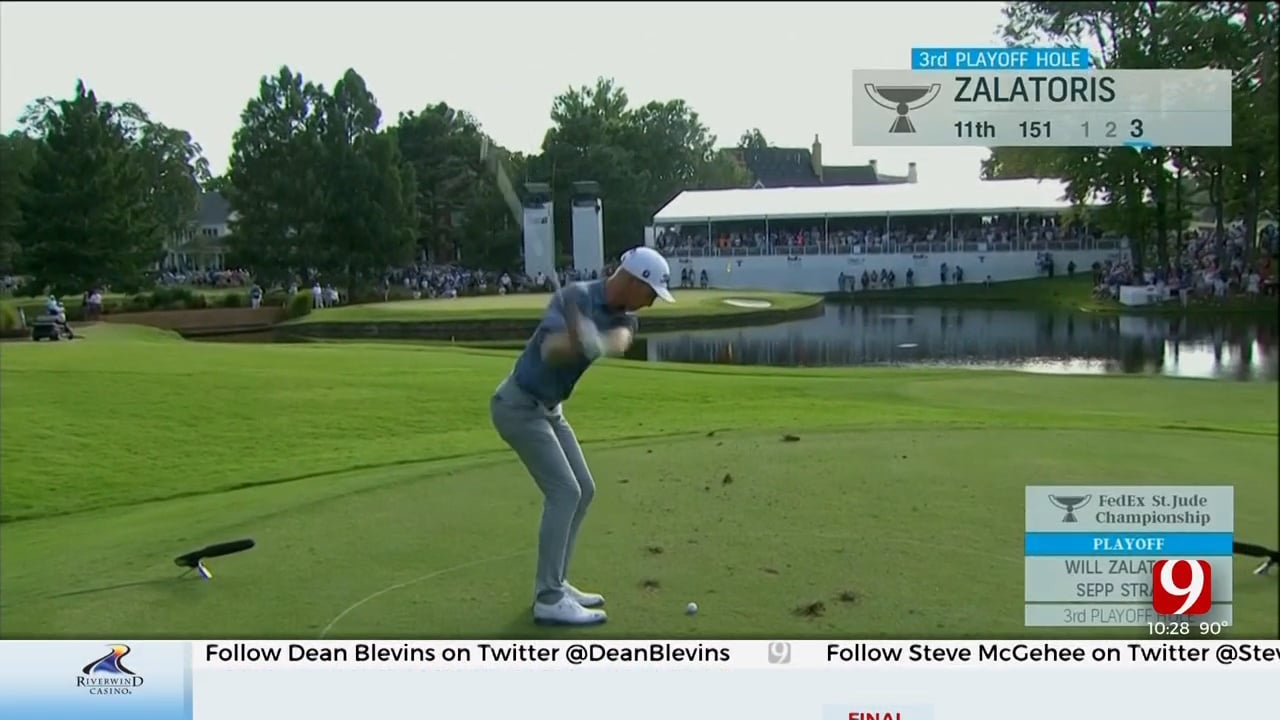 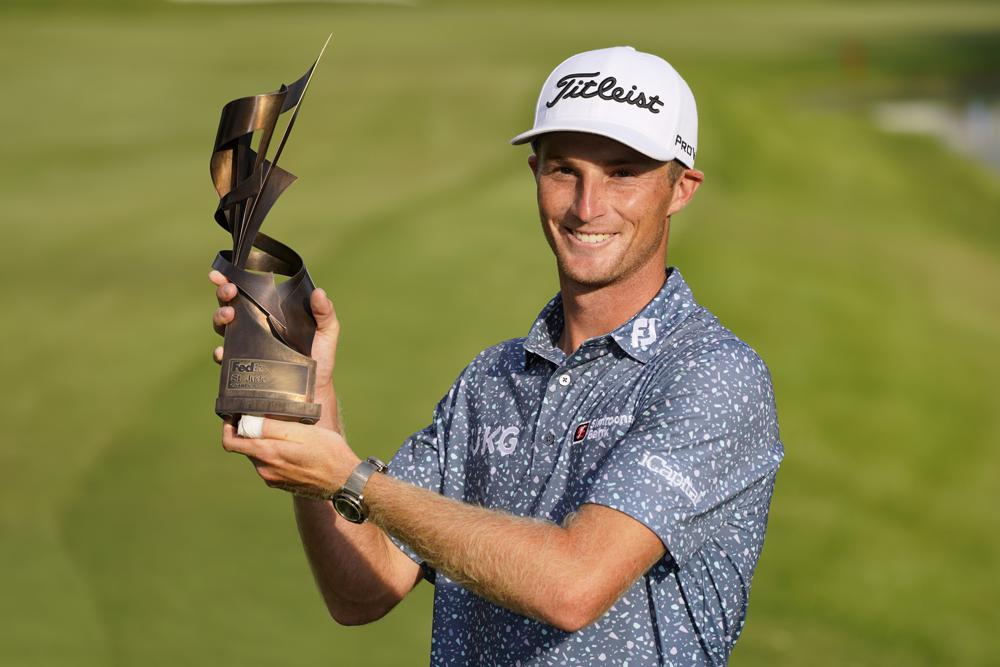 The 10-foot par putt in regulation was so crucial and the moment so important that Will Zalatoris doesn’t remember screaming out when he made it, “What are they gonna say now?”

It took three playoff holes to get the answer Sunday in the FedEx St. Jude Championship, and it was more along the lines of what they won’t say.

Zalatoris is no longer the best on the PGA Tour without a victory.

Already a force in the majors, Zalatoris got that first win out of the way with clutch putts and smart decisions to beat Sepp Straka and capture the first FedEx Cup playoffs event.

“It’s hard to say, ‘About time,’ when it’s your second year on tour, but it’s about time,” Zalatoris said. “Considering all those close finishes, it means a lot.”

He could have been referring to his runner-up to Hideki Matsuyama in the Masters last year, playoff losses at Torrey Pines and at Southern Hills in the PGA Championship, and most recently the putt that burned the edge of the cup that kept him from a U.S. Open playoff.

This one could have gone either way, a playoff that featured three penalty drops in three holes, neither player making birdie and Zalatoris winning on the par-3 11th with a bogey.

He looked to be in trouble from a fairway bunker on the 18th in regulation until Zalatoris made that 10-footer for par at a 4-under 66. He was in the trees, close to a boundary fence on the 18th on the second playoff hole when he wisely chipped out and made a 15-foot par putt.

Nothing was more wild than the final hole.

His tee shot hit the bank and then bounced seven times on the rocks before coming to rest. Straka followed with a shot that hit the bank, took one bounce off the rocks and went into the water. A huge break for Zalatoris? Not really. He had no realistic shot.

Straka went to the drop zone and his wedge went into the back bunker. He played his fourth shot out to 4 feet as Zalatoris was still going over his options.

“Considering where Sepp was and he had 4 feet for 5, there’s no reason for me to try that shot and make it bank right into the grass and go back in the water and all of a sudden I’ve lost the golf tournament,” Zalatoris said.

He went to the drop zone, hit to 7 feet and let his raised hands drop over his head in relief when he made the winning putt.

Zalatoris moves into the top 10 in the world for the first time and takes the No. 1 spot in the FedEx Cup, assuring him a reasonable shot at the $18 million prize in two weeks.

“This course is where every shot you hit you’re on the edge of your seat,” Straka said. “Add the nerves of competing for a tournament to that, especially for a playoff event and yeah, it can get a little crazy.”

Straka, who played bogey-free over the final 13 holes in regulation, moves to No. 8 in the standings and is assured his first trip to the Tour Championship at East Lake.

Lucas Glover came away with a consolation prize. The former U.S. Open champion came into the FedEx Cup playoffs at No. 121, knowing that only the top 70 advance to the next tournament.

Glover closed with a 66 and wound up in a tie for third. Not only was he among four players who moved into the top 70, he now is at No. 34 and has a good chance of being part of the top 30 who go to the Tour Championship to play for the $18 million first prize.

Also moving into the top 70 were Adam Scott, Andrew Putnam and Wyndham Clark, who had reason to think he had thrown away his chances when he played a four-hole stretch in 4-over par and had to save par on the 18th for a 72. He finished at No. 70 by three points.

Meanwhile, No. 1 in the world stays with Masters champion Scottie Scheffler, who missed the cut and spent Sunday playing Pine Valley for the first time.

British Open champion Cameron Smith could have replaced him by winning, and he arrived at the TPC Southwind two shots out of the lead. And then he was four shots back without hitting a shot. Smith was given a two-shot penalty when rules officials realized upon review that when Smith took a penalty drop in the third round, the ball was still touching the red hazard line.

They checked with Smith, who confirmed it was touching the line. He birdied the first hole, made only one other birdie, shot 70 and tied for 13th. Smith declined interview requests.