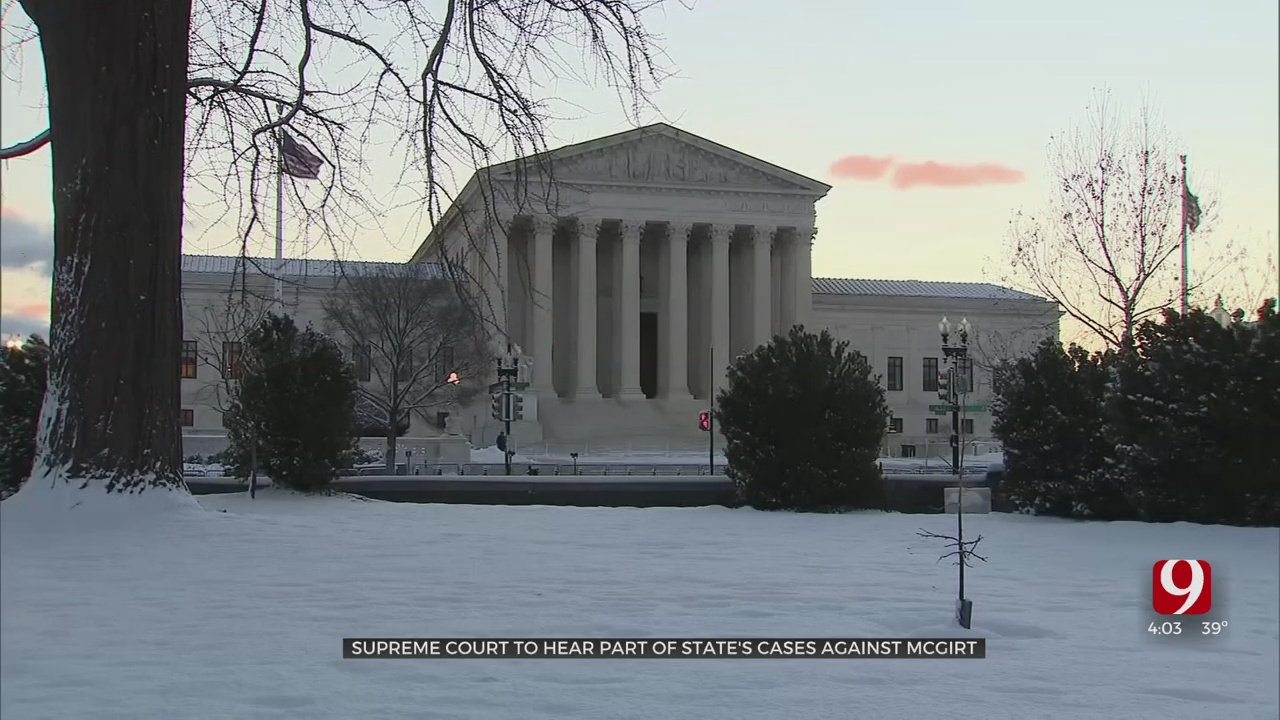 The U.S. Supreme Court said Friday that it will take on a case later this year related to Oklahoma's ability to prosecute non-Native Americans' crimes in Native territory.

Oral arguments are expected to begin this April in the case of the State of Oklahoma versus Victor M. Castro-Huerta.

The court will discuss whether a state has the authority to prosecute non-Indians who commit crimes against Indians in Indian Country.

The state of Oklahoma also requested that the court look into whether the ruling in Oklahoma versus McGirt should be overruled back in Sept. 2021, but the court will only discuss the state's first request.

Governor Kevin Stitt released a statement Friday regarding the decision, saying he was "encouraged" that the country's highest court is addressing the question head-on.

The Cherokee and Choctaw nations also expressed their gratitude to the court for maintaining the McGirt ruling.

"I am proud of the Cherokee Nation’s success over the past year and a half expanding our justice system in record speed and fighting for public safety, but it would have been more effective had the governor chosen to come to the table from the start," Cherokee Nation Principal Chuck Hoskin, Jr. said.

“We thank the justices for clearly establishing their ruling in McGirt will not be reconsidered at this time," Batton said in the statement. "As a Nation, we will continue doing everything we can to protect our citizens and our neighbors. We hope Oklahoma’s government officials will now turn their attention to cooperation, rather than conflict.”