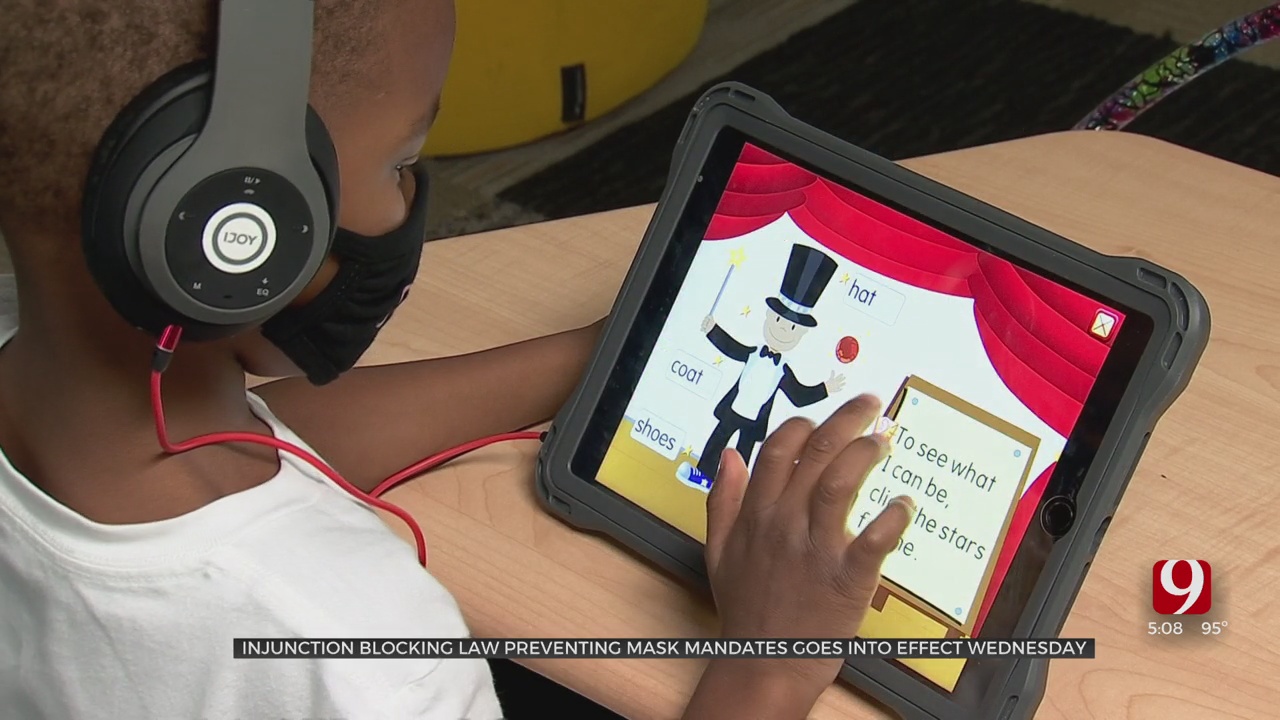 The law banning masks mandates in schools will officially be on hold Wednesday after a judge moved to place a temporary injunction on Senate Bill 658 last week.

After the injunction goes into effect on Wednesday, schools will have a choice on whether or not their district needs a masking requirement to limit the spread of COVID-19.

More schools are updating their learning plans to take advantage of the new option.

“No matter what you choose for your student, it is our hope that this opportunity will honor the decisions of each and every family in our district. At the same time, we are working to make our schools safer,” said Yukon Public Schools Superintendent Jason Simeroth.

Yukon's mask requirement goes into effect Wednesday along with Edmond Public Schools' mask requirement. Both school districts announced changes after the injunction was put in place.

Noble Public Schools masked up on Tuesday for the first time.

SB 658 limited districts from requiring masks as the fall semester started, taking away key means of mitigating the risk of COVID for people who are unvaccinated.

Thousands of children under the age of 12 went back to class with little to no protection from the virus, and positive cases spiked rapidly in districts across the state.

According to a StateImpact Oklahoma database, about 10% of public schools in the state have closed or turned to distance learning.

More districts are indicating that mask requirements are the next step. Mid-Del School District and Putnam City Schools are holding school board meetings Tuesday night where they are expected to ask people to mask up.