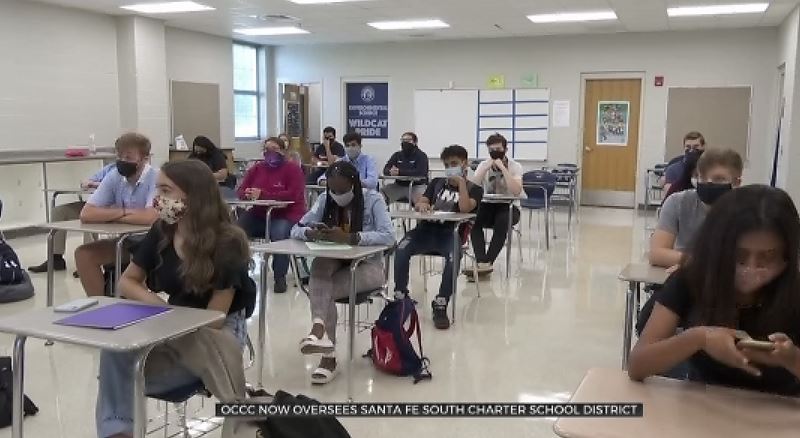 Spokespeople with Sante Fe South said its sponsorship of the district is an expansion of their previous relationship.

The schools share a common service area on the southside of the metro.

The sponsorship was signed by Governor Kevin Stitt back in February.

Charter schools are not state agencies, which mean they require a state agency to sponsor them.

The change comes after some controversy with Oklahoma City Public Schools, their previous authorizer for 20 years.

The OKCPS board of education unanimously requested a state audit of Sante Fe South’s finances and internal controls during an April meeting.

OCCC spokespeople said Wednesday they are currently unaware of any official state audit.

The district is made up of seven schools and an early childhood center.

There are 3,500 students enrolled in the charter school district.