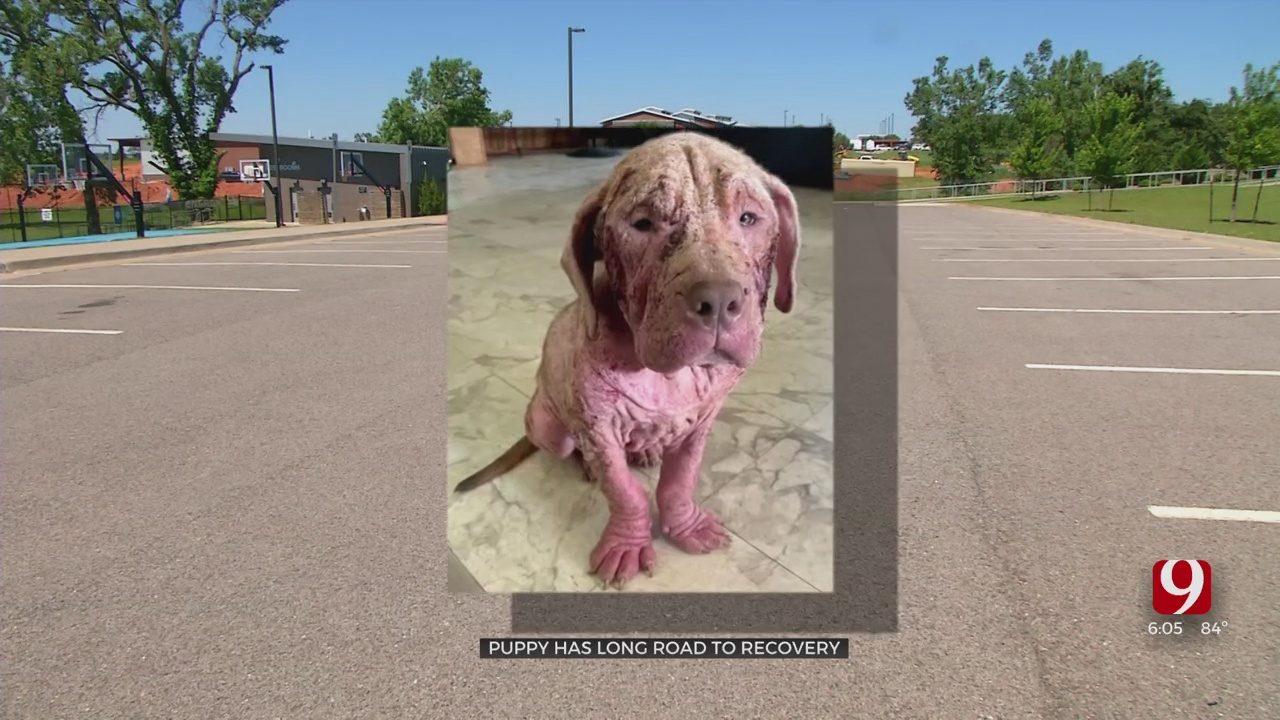 A local animal rescue is nursing a puppy back to health after it was found in shockingly bad shape.

The about 6-month-old puppy, now named Static, was dumped in the Oklahoma City Energy parking lot with no food or water. The Mutt Misfit rescue said they found him just in time.

"If he would have stayed out in this condition, especially in this heat, he wouldn't have survived very long. He's too vulnerable," said Mutt Misfits founder Heather Hernandez.

The puppy was extremely dehydrated, covered in mange and infections and had a hard time standing.

"You know this didn't happen overnight. You know he's been suffering for a while," said Hernandez.

Once Static got to safety, he collapsed into his rescuer's arms.

"He climbed up on my lap and laid right across me so he's very cuddly. It's like he needs affection." Hernandez said. "I really think he'd been in a family before he came here. It does appear he's been around humans and been in a house before."

Static now gets medicated baths and takes antibiotics for his mange, parasites, and infections.

Hernandez said the biggest improvement she's seen is he's let his guard down and is starting to act like a puppy.

Static will be with Mutt Misfits till he is ready for his forever home.

Hernandez said it's cases like Static, who beat the odds, that makes her job worth it.

With his treatments, medication, and extra cuddles Static is expected to make a full recovery. His fur is expected to come back too, he'll then be ready for his forever home.

Hernandez said Mutt Misfits is always on the lookout for more foster homes, or donations.