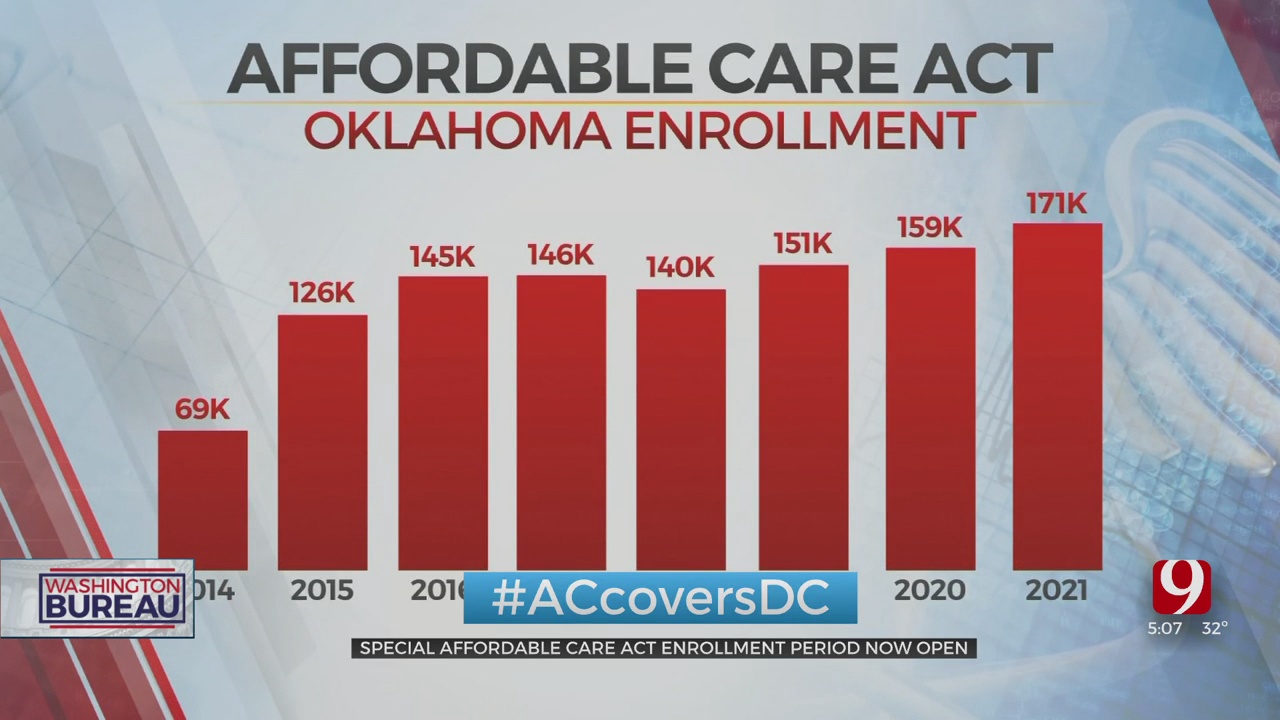 If Oklahoma hopes to become a "top 10 state" as Gov. Kevin Stitt insists it can be, the state probably should not be in the top 10 highest rates of citizens without health insurance. Oklahoma is currently number two.

An opportunity to make some headway in that effort has arrived, as a special enrollment period for the Affordable Care Act, authorized by President Joe Biden, opened this week.

"This is personal for President Biden," White House Deputy Press Secretary Karine Jean-Pierre said in an interview this week. "We’re just trying to make sure people have another opportunity."

Normal enrollment for the ACA is in the fall. The most recent period lasting six weeks, from November 1 through December 15, 2020. This special enrollment opportunity will last three months.

"This is a great opportunity," said Jean-Pierre, "and I hope that folks in Oklahoma will please take [it] -- the president wants to make sure that folks have affordable health care in this pandemic."

As politically unpopular as President Barack Obama's signature achievement has been in Oklahoma, Obamacare is gaining in popularity among those in the state needing health care.

A record 171,000 Oklahomans enrolled during the just completed period, the third straight year of record high enrollment. At the same time, more insurance companies are offering coverage on the federal exchange and premiums have begun to go down.

"The more people that participate in it, the more problems it's going to create at 23rd and Lincoln," said Rep. Tom Cole, (R) OK-4.

Cole worries Washington will eventually shift more of the program's cost to the states, putting additional pressure on state budgets. But, he said, even if he didn't vote for it and doesn't believe it's best for America, it is the law.

It's not clear how many more Oklahomans might enroll now who didn't in the fall, but Biden thinks the COVID-19 pandemic is showing no mercy, so the government must.

"President Biden believes health care is a right, it’s not a privilege," Jean-Pierre said, "and [he] will do everything in his power to ensure that all Americans have access to quality, affordable health care."

The special enrollment period closes May 15. Go to www.healthcare.gov for more information.

Next Round Of Stimulus Payments Could Be Finalized Tuesday