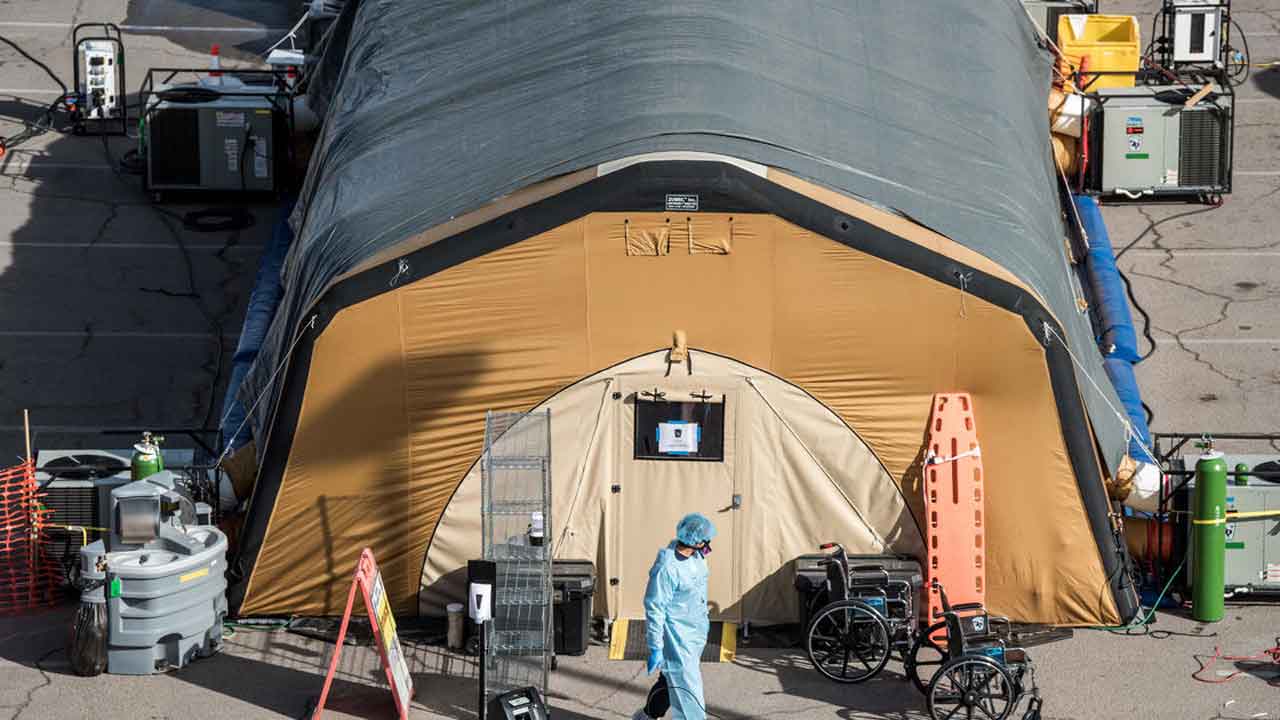 Texas became the first state to surpass 1 million confirmed cases of COVID-19 on Tuesday, according to data from Johns Hopkins University. The grim milestone comes as the U.S. is facing a surge in coronavirus cases across the country.

Texas, the second-most populous U.S. state, now has more coronavirus cases than all of Italy, which was previously one of the major hot spots of the virus. California is close behind with over 986,000 confirmed cases, as is Florida with more than 852,000. All other states, including the former hot spot of New York, have less than 600,000 confirmed cases, according to Johns Hopkins data.

After staying relatively level in September, Texas' new case numbers rose in October, according to Johns Hopkins data. More than 10,800 new cases were reported on Tuesday, according to state data, and more than 18,800 people have died in the state since the beginning of the pandemic.

El Paso, which has more than 64,000 cases, is now one of the country's epicenters. The county has reported more than 22,000 new cases in the last two weeks, and mobile morgues are being used in the city to hold the bodies of those who died because of the virus. More trucks are expected to be delivered this week.

Since the pandemic began, Harris and Dallas counties have reported the most cases. Combined, those cases make up more than a quarter of all cases in the state.

Dallas County released an updated report on Tuesday stating that as of Monday evening, COVID-19 cases accounted for roughly 21% of all emergency department visits in the county. The county reported 1,401 new cases on Tuesday, which county judge Clay Jenkins said is "the largest we have ever seen other than days when large backlogs were recorded."

"Our COVID-19 outbreak is spiking dangerously," Jenkins said in the county's press release. "We are 7-10 days away from reaching our highest COVID hospitalization census to date if we do not immediately renew our resolve and change our behaviors. ... We are entering the most dangerous phase we have seen to date in the COVID crisis."

On Tuesday, Texas Governor Greg Abbott said the state has made plans "to swiftly distribute medicines and vaccines" that are in the process of being made available to treat COVID-19.

On Monday, the Food and Drug Administration approved emergency use of an experimental monoclonal antibody drug that is designed to help the body's immune system combat COVID-19. The drug is a one-time IV treatment created by Eli Lilly and Company that will be permitted for those ages 12 and older who are experiencing mild or moderate systems of COVID-19 and who do not yet require hospitalization. Scientists have not finished testing the experimental treatment for safety and effectiveness. ﻿

Also Monday, pharmaceutical company Pfizer said human trials of its vaccine suggest it is 90% effective at preventing COVID-19 infections in people who have not already contracted the virus.