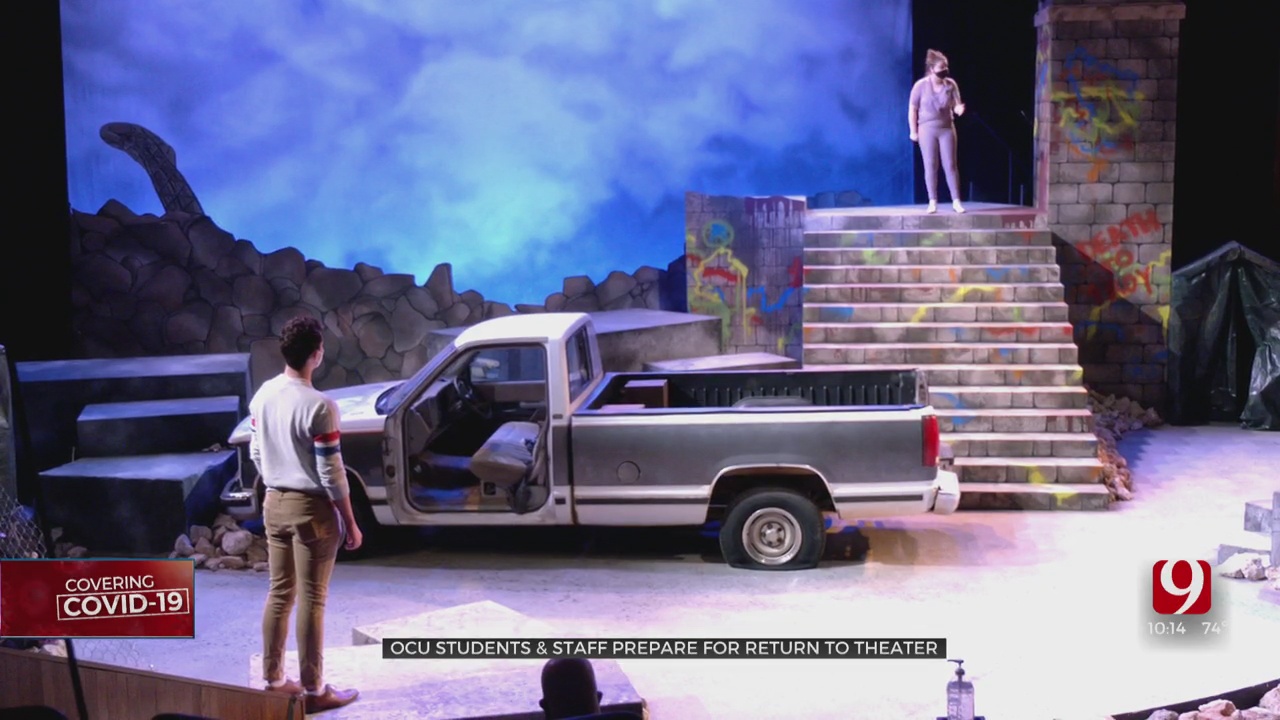 For the first time since the start of the pandemic, Oklahoma City University will put on a live theater production this weekend.

The OCU School of Theatre’s performance of “Woe Is Me,” a collection of 34 scenes and speeches from famous plays and productions will be livestreamed online without an in-person audience.

“This configuration of them has never been done before,” said Lance Marsh, a co-director of the play and the head of performance for the school.

In the spring, the onset of the COVID-19 pandemic prompted the school to quickly shut down production, which are typically crowded on stage with choirs, actors and crew.

"When we had to adapt to an online format it was absolute craziness,” said Kaylila Pasha, a senior. “We believe the show must go on, but for the first time it could not.”

For “Woe Is Me,” the entire production adheres to a strict set of health guidelines.

Marsh said they only allow multiple actors on stage if they can maintain a ten feet distance.

“We took this stage, looked at what 10 feet could do, and came up with no more than 5 actors,” he said.

Until the final dress rehearsal and premiere, all actors will remain masked. Props are regularly doused in sanitizer if they are handled by multiple people, and rehearsals only includes small groups.

Because of the precautions, Karam Alkhativ, a junior, said he hasn’t seen the majority of the play, himself. Despite the changes, he said it’s rewarding to perform.

“Being on stage gives you, gives me at least, the sense of fulfillment,” Alkhativ said. “Like I’m doing what I’m supposed to be doing.”

The pandemic has thrashed businesses focused around live performance, such as theaters and music venues. Marsh and Pasha said support of the arts is more important now than ever.

“Especially in this time period, when we are all so distanced from each other. The ability to reach across the distances and tell stories is maybe the most important thing we do as human beings,” Marsh said.

“We as a society cling to the arts. Especially in times of trouble, and so it’s really important that we preserve them,” Pasha said.