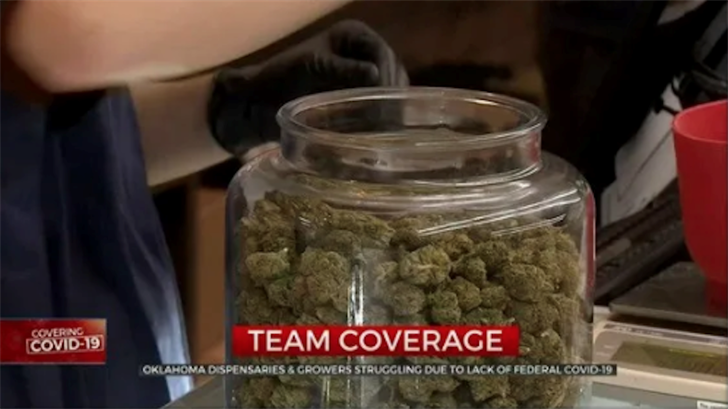 The medical marijuana industry says they're in a catch 22 because they're open during the pandemic, but don't qualify for federal disaster help.

While medical marijuana is legal in Oklahoma, it's still illegal and recognized as a schedule one drug federally. That means dispensaries and growers aren't getting any funding from the recently signed CARES act, which pumped more than $2 trillion into the economy.

Both a dispensary and grower here Oklahoma City say they believe its a contradiction that could hurt the future of the business.

"They consider us essential, and we need to get this stuff out to the community, but when we need funding from the government for this, they want to treat us like drug dealers and say no," says David Walker, the owner of Great Barrier Reefer in Bethany.

Many growers feel the same way.

"As far as financial assistance, we know we are not going to get it. Is it fair? No, the world is not fair. It's the nature of the beast. The industry will always be on a island  until you make some federal changes," says Hugh Musser, the owner of GrOKC.

One of those changes includes the removal of section 280E, which bars businesses working with cannabis to take tax deductions and credits.