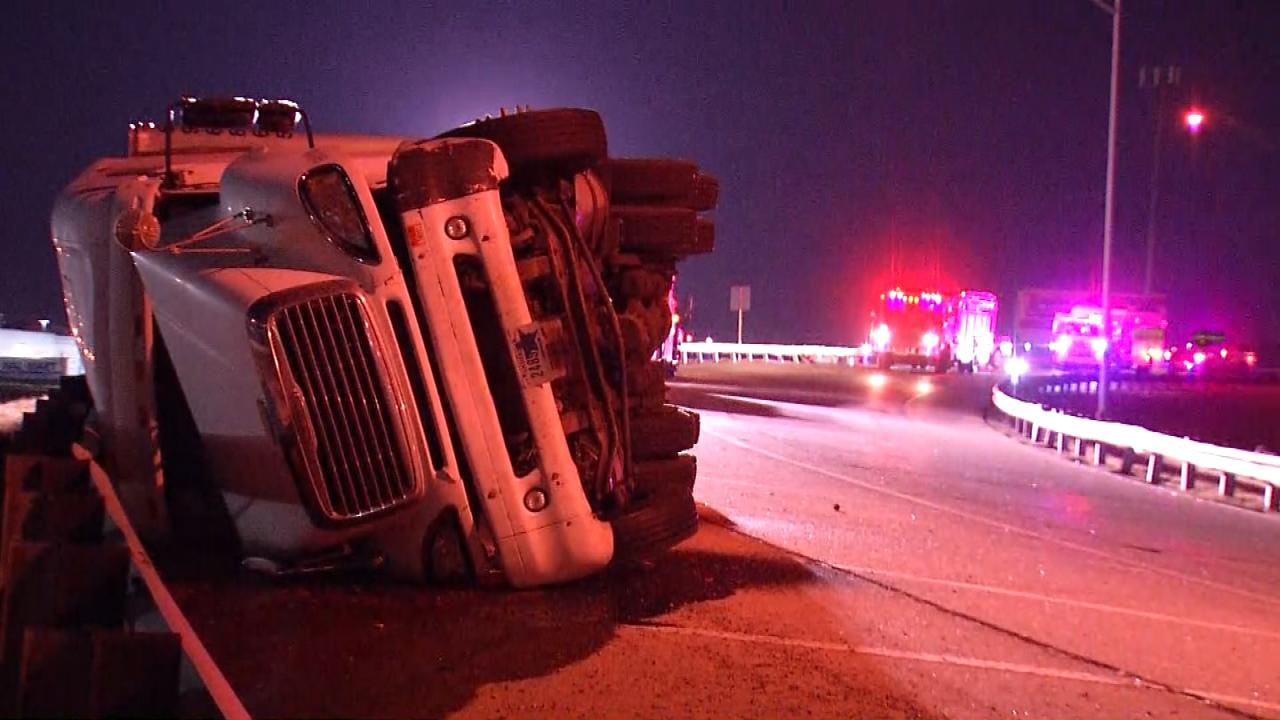 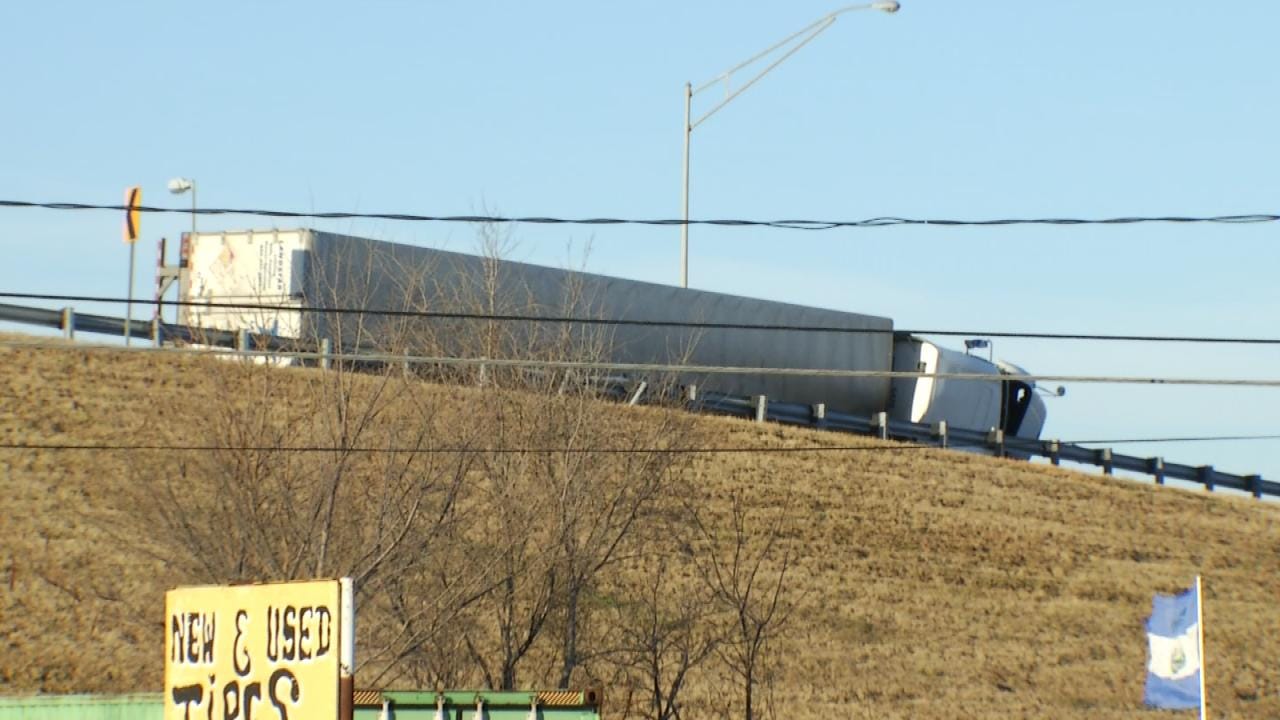 The ramp from Highway 11 to eastbound I-244 reopened early Wednesday after a semi carrying hazardous materials crashed.

Police shut down parts of the two highways after that truck rolled over Tuesday afternoon.

Both directions of I-244 were closed for hours as crews contained a potential hazardous materials situation that forced some evacuations.

For those forced to evacuate, it made for a scary afternoon.

"I heard a big boom and turned, and there it was,” Cheryl Malek recalled.

Tuesday afternoon, traffic backed up on I-244 as crews worked to clean up the mangled mess. Witnesses described the moment they heard the crash.

"I heard it and cars pulled up behind it, and people started going up to the truck and opening it up and [started to] help get the driver out,” said Malek.

Police shut down parts of Highway 11 and Interstate 244 after a truck carrying organic peroxide rolled over.

"The chemical itself from my understanding is an unstable compound, so having contact with something else can be problematic,” said Tulsa Police Sergeant Robert Rohloff.

People nearby were told to evacuate.

"Well, we was in the house,” said Michelle Caddell. “They told us that we had to get out in an instant."

Crews say this crash sparked fear in many, but thankfully, no one was hurt.

"There was a little bit of leakage out on to the shoulder of the road,” said Tulsa Fire Captain Stan May. “It didn't make it very far. Most of it was contained inside the truck."

“We're trying to work on making sure people are safe down here,” said Rohloff. “We'll stay out here until they get this truck towed away.”