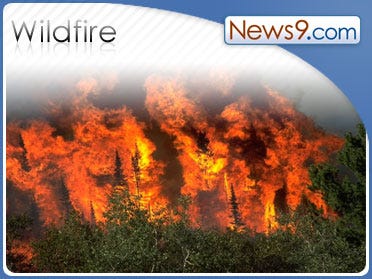 SAN FRANCISCO (AP) -- More than 1,400 wildfires are still burning in Northern California, and there isn't much relief in sight for weary firefighters.

The weather in the coming days and months isn't expected to help much. Lower-than-average rainfall and record levels of parched vegetation probably mean a long, fiery summer.

The fires were mostly sparked by lightning storms that were unusually intense for so early in the season. But the Forest Service says summer storms are probably going to be even worse.

Air quality districts from Bakersfield to Redding, 450 miles to the north, issued health advisories urging residents to stay indoors because of the smoky air.