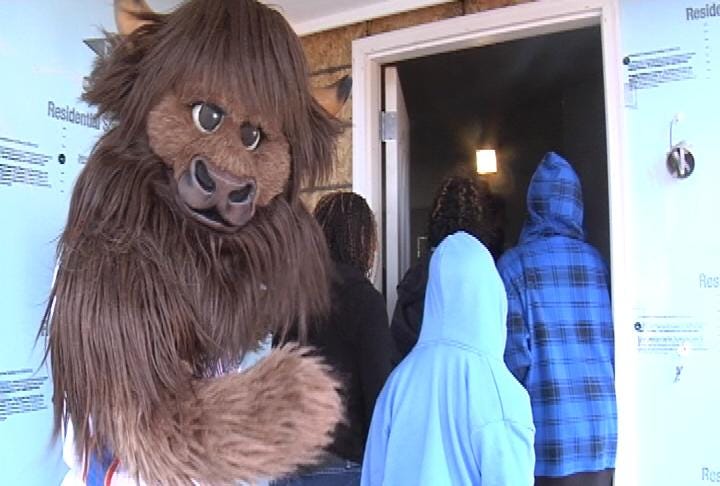 Owning a home is considered part of the American Dream.  Here in Oklahoma City, those dreams come true with a little help from Central Oklahoma Habitat for Humanity.

Nicole Brown is one of the latest to get a piece of that dream.  Brown, a single mother with five children, has worked for Oklahoma City Public Schools for sixteen years.  For her, finding space for her family has been a struggle at times.  Currently her four sons share one room while her daughter has her own.

"It's kinda hard at times," said Brown.  "Especially being a single parent with five kids."

Brown has visited the site only a few times.  She helped build the home's frame months ago.

"When we first came out here it was just a slab of concrete," she said.  "My daughter kinda cried but she was happy at the same time."

Brown learned of Central Oklahoma Habitat for Humanity from her sister, who lives in the same Habitat neighborhood.  Brown applied early this year, filled out all the paperwork, and crossed her fingers.  She was elated to be approved, but never dreamed she'd be moving into her new home in just a matter of months.

"I didn't expect to have a home until next year," Brown said.  "It's like a big Christmas present."