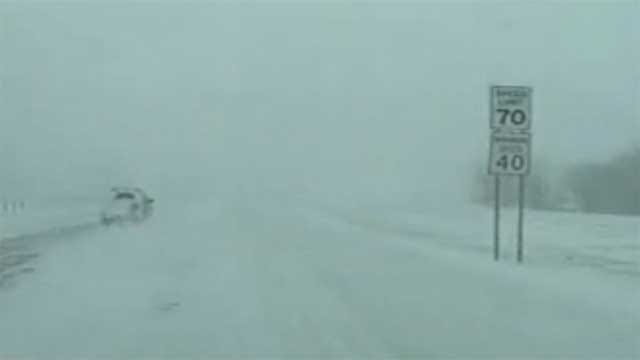 The Oklahoma National Guard has activated soldiers to be ready to assist in three communities affected by the winter weather.

The National Guard tells News 9, a total of 40 soldiers were activated ahead of the storm.

Units in Broken Arrow, Chandler and Okmulgee were called to duty. The Broken Arrow and Chandler units have since been released and the Okmulgee unit remains on stand-by.

Major Geoff Legler said they have 16 soldiers with eight Humvees on stand-by, should the Oklahoma Highway Patrol need their assistance.

The National Guard has plans to call up units in McAlester and Durant, should conditions there worsen.

And the conditions there may worsen.

Slick roadways across southeastern Oklahoma may last into Wednesday with these bitter cold temperatures even though the snow will taper off overnight.