Smart To Be Lone Collegian At Team USA Camp 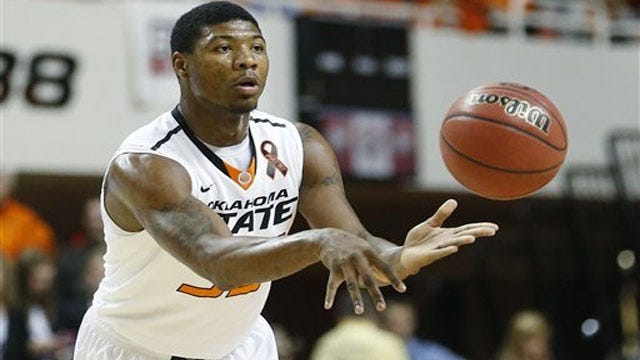 Marcus Smart, a sophomore on the Oklahoma State Cowboy Basketball team, has accepted an invitation to attend the USA Basketball Men's National Team Mini-Camp, July 22-25 in Las Vegas, Nev., it was announced today. He is the only non-NBA player who is scheduled to participate.

"It is a great honor to be invited to participate with the USA Men's National Team," Smart said. "The other players at the mini-camp are NBA professionals who I look up to and respect. I'm excited to learn from them and to compete against them."

A total of 29 players have accepted invitations to attend the camp. The players will assemble in Las Vegas on July 21, will conduct daily training sessions July 22-24, and close out the mini-camp with the 2013 USA Basketball Showcase, a blue-white intra-squad game on Thursday, July 25 at 8 pm CT at the Thomas & Mack Arena on the UNLV campus.

"We're very excited for Marcus," said OSU head coach Travis Ford. "It's an incredible honor to be the lone college player to be selected. It's a great honor for him and our program. He continues to represent us in a first-class manner, both on and off the court."

Smart To Be Lone Collegian At Team USA Camp