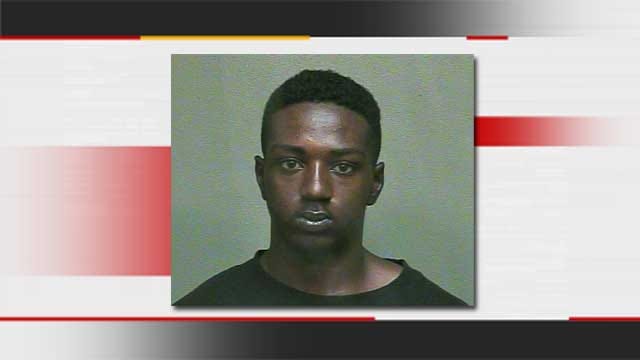 A 15-year-old boy is in jail, accused of taking part in a Wednesday night armed robbery. Oklahoma City police are looking for two more teenagers, after a 17-year-old is shot during that holdup.

At last check, the 17-year-old who was shot was listed in critical but stable condition.

Police say the shooting happened around 9:30 p.m. Wednesday night in the 400 block of N.W. 119th Street near Walker.

When Oklahoma City police arrived on N.W. 119th street, they found the 17-year-old victim bleeding in the street. It appears what the thieves were after was his backpack.

Right now, only one person is behind bars for the armed robbery.

He is identified as 15-year-old Nino Wilson, but that is the only name police are releasing at this time.

Neighbors living along that stretch of N.W. 119th Street did not feel comfortable going on camera Thursday afternoon, but many said they are concerned the shooting happened, since many kids live along their street.

One neighbor says she heard the shot that was fired last night, but she admits she stayed inside her home to keep safe and to mind her own business.

Police say they believe a total of three teens are behind the backpack robbery.

With one behind bars, they just have two more to track down.

"The other two have been identified," said Msgt. Gary Knight. "However, they still are at large."

Police are asking anyone who knows where those other two teenagers are to call Crimestoppers at 405-235-7300.