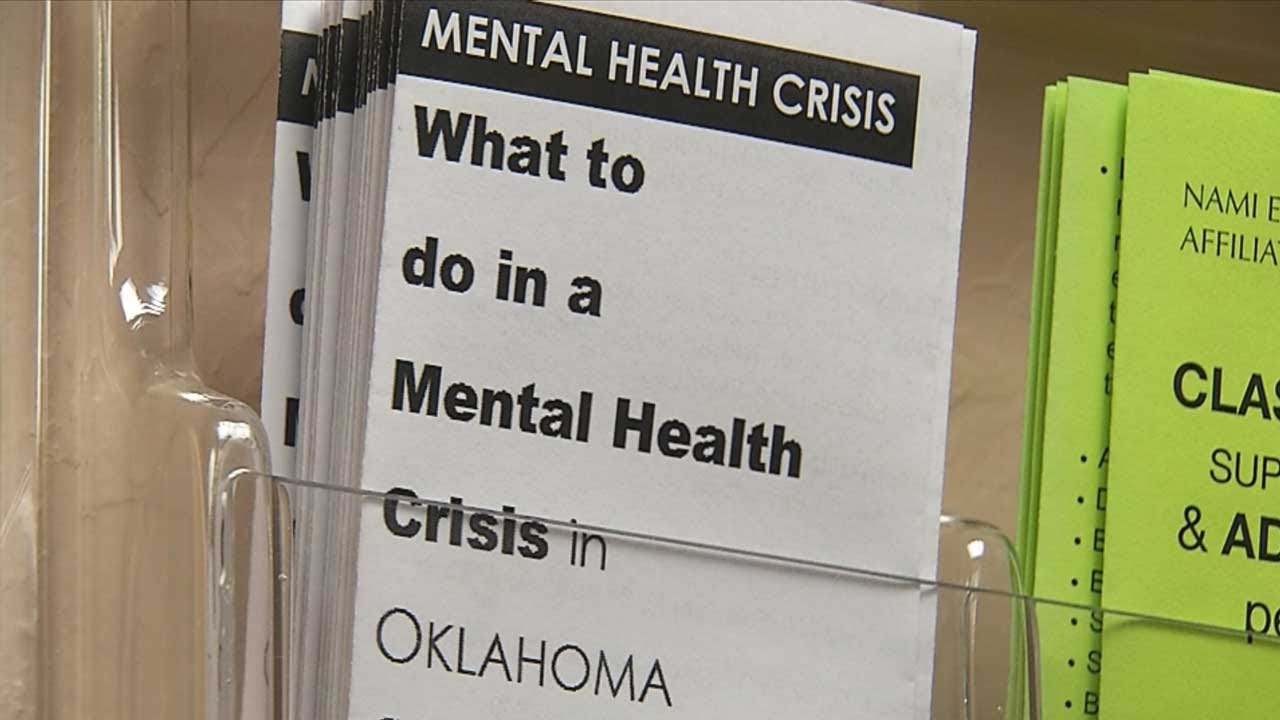 The son of Oklahoma Labor Commissioner is in the Oklahoma County jail Monday night, accused of stabbing his father to death Sunday evening at a northwest Oklahoma City fast-food restaurant.

Christian Costello, 26, was arrested on a murder complaint in connection with the death of Labor Commissioner Mark Costello.

In the family's statement released Monday, News 9 learned of Christian Costello's struggles with mental illness and it's now opening up the conversation about the help available in Oklahoma.

"Christian, like thousands of Oklahomans, struggles with a mental health disease…” his family wrote in a statement Monday, just hours after Mark Costello's death. "...And like many families, we did our best to support him."

Cathy Costello said her son was diagnosed bipolar with psychosis and schizophrenia and they dealt with issues for many years prior to the diagnosis.

Last fall, Christian Costello was in the crisis center and OU Medical Center in search of treatment, Cathy Costello said.

Mental illness remains a taboo topic, but the Oklahoma chapter of National Mental Health Alliance says it's time to start the conversation.

“One in four adult Oklahomans has a diagnosable mental illness. Only half are getting the services they need at any given year. That's a problem,” NAMI executive director Traci Cook said.

This was a problem Augusta Cox dealt with while seeking treatment for her schizophrenia.

“I was in a hospital room isolated for four days because there was no psychiatric bed for me,” Cox said.

She now answers the local NAMI helpline and hears about the ongoing struggle with the lack of resources for mentally ill Oklahomans.

“Unfortunately we do not have enough acute or crisis beds for all those that need it,” Cook said.

The Oklahoma City Police Department has officers specially trained to help deal with mental illness crises. The officers are a part of the department's crisis intervention team (CIT).

If you call 911 for help, ask the dispatcher to send a CIT officer if you fear for your life or your loved one's life.

Services for Mark Costello will be this Friday evening and Saturday morning. Both the rosary and requiem mass will be at St. Monica's Catholic Church in Edmond.