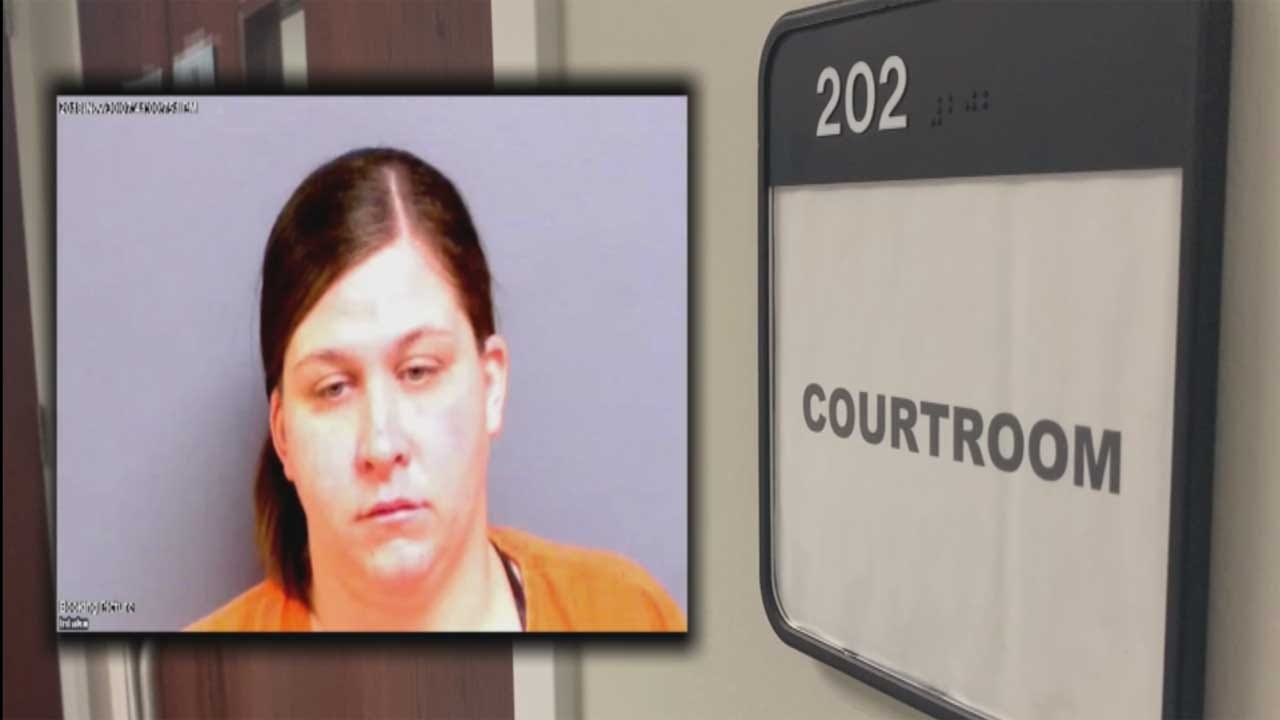 A woman accused of helping a convicted murderer escape from the Payne County jail appeared in court Tuesday afternoon.

The three women visited the courthouse the day before Walker made his escape on November 29.

The affidavit reveals that the three women were all pictured on security cameras inside the building.

However, that isn’t the only evidence.

Deputies of the Payne County Sheriff’s Office said that Walker also made calls to the women from inside the jail. Those calls were made on a recorded line.

Walker is quoted as saying, “I’m a bust a move right here,” on the 27th of November.

To understand this story, News 9 looked into Walker’s history.

In 2003, Walker was convicted of the murder of Brandon Harlan.

Harlan was shot and killed in Oklahoma City in 2001. A judge sentenced Walker to life in prison, and he has been in the Oklahoma Department of Corrections custody since that time.

In April of 2018, a Cimarron Corrections Officer, near Cushing, reported Walker attacked him.

Walker was scheduled to appear in Payne County Court as a result of the alleged assault. On November 26, he was booked into the Payne County jail.

A plan began to form quickly, which is outlined by deputies in the court documents. Walker had “smuggled” a “cell phone” into the jail and used it until the battery died.

Investigators said at that point, he used the jail phones to communicate with those on the outside.

Dobbs, Hughes and Stewart are all said to have known Walker before the escape. They are accused of “selling drugs” for him while he was locked up.

On November 29, around 8:50 p.m., Walker stole his cellmate’s identification and was able to bond out of jail.

They add Patrick Walker threatened Charles Pendarvis’ family, which is why Pendarvis agreed to the switch.

Court documents state deputies did not discover the mix-up until the next morning.

Nonetheless, US Marshals and the FBI were called into locate Walker after he escaped.

He and Stewart were located at a St. Louis hotel on December 4.

Brandon Harlan’s family is demanding answers in the case.

“He was in their custody. It's y'alls [sic] job to make sure everything goes smooth. He got to court, leave court and go back to the pen,” said William Harlan.

The Oklahoma Department of Corrections is also calling for a full report into the escape.

The sheriff’s office is already exploring security options to make sure this doesn’t happen again.

Walker and Stewart will soon be extradited back to Oklahoma. Investigators confirm they will be sent to Payne County and arraigned on the new escape charge.