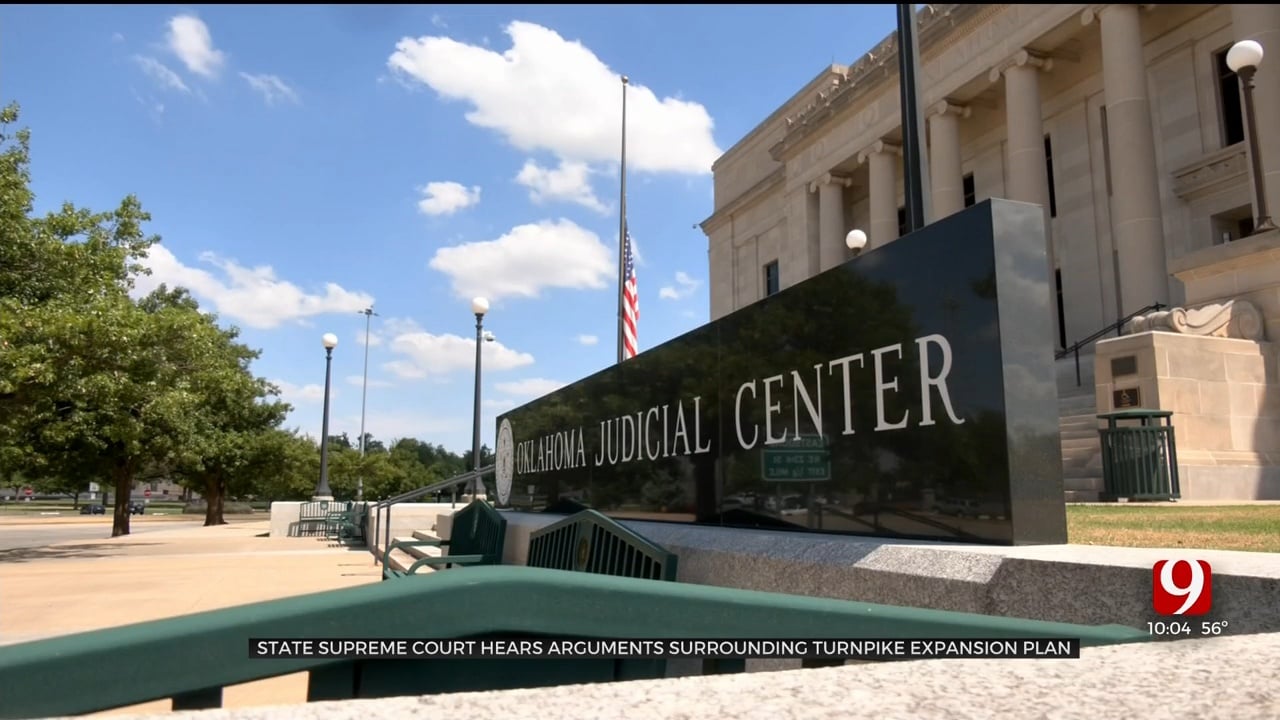 The Oklahoma Supreme Court is considering whether to allow the Oklahoma Turnpike Authority to begin issuing bonds for ACCESS Oklahoma projects, which include three new turnpikes in Cleveland and Oklahoma counties.

Justices of the court heard arguments on Monday from the OTA and groups opposing the new turnpikes. An OTA spokesperson said the court’s upcoming ruling will provide “clarity and finality” to several legal challenges targeting the plan's legitimacy to build new turnpikes.

Attorney Rob Norman represents Pike Off OTA, which is protesting all three proposed turnpikes, said the Monday hearing “went as well as it could have gone.”

Click here to watch the full hearing on the YouTube page of the Oklahoma State Courts Network.

Protestors argued the state legislature has not explicitly authorized the OTA to construct the new toll roads. “Their quest to build these three turnpikes is unlawful under the Turnpike Enabling Act,” said Norman after the hearing.

“The Oklahoma Turnpike Authority appreciates the Oklahoma Supreme Court taking the time to hear the Authority’s position in this case and allow OTA to answer specific questions from justices. We look forward to the court’s ruling, which will provide clarity and finality to this issue,” said Brenda Perry Clark, spokesperson for the Oklahoma Transportation Cabinet, which oversees the OTA.

It is unknown when exactly the court will issue an opinion in the case.