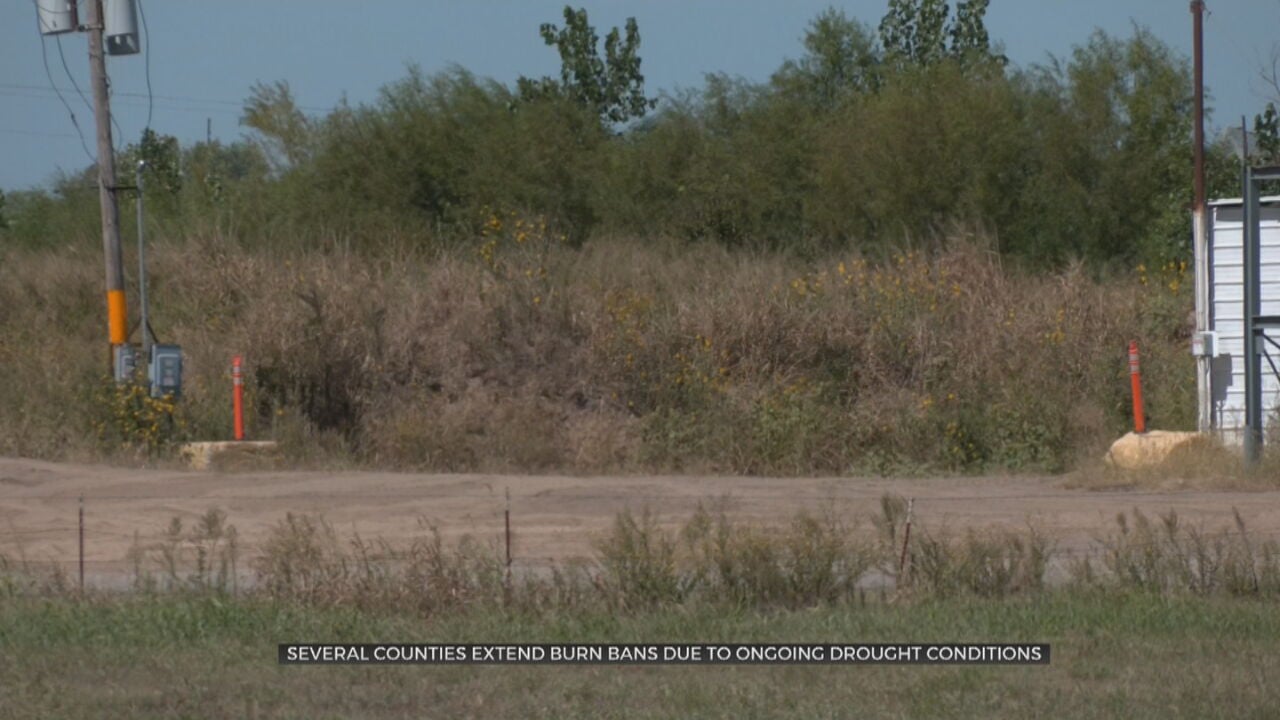 Burn bans are being issued or extended in Tulsa and surrounding areas due to the ongoing drought conditions. Tulsa, Muskogee, Creek, Rogers and Okmulgee counties are just a few of the areas in northeastern Oklahoma currently under a burn ban.

Burn bans are issued based on a variety of factors including current drought conditions, projected amount of rainfall and projected upcoming temperatures. Eastern Oklahoma has seen anywhere from six to 12 inches of rain below normal spanning from the end of May to the present, which means conditions have been met for counties to issue or extend burn bans.

"What we'll do is we'll poll all the fire chiefs in our county which we have 18 in Muskogee county. The majority of those have to agree that we need a burn ban, and then we also have to meet what the state recognizes as extreme fire conditions which is also based on drought monitor, the amount of rainfall expected," Jeff Smith, Muskogee County Emergency Management director said.

Counties will typically issue either seven-day or 14-day burn bans. Muskogee County is currently under a 14-day burn ban, while Tulsa County just extended its burn ban by another seven days. Counties can also end burn bans if conditions allow them to do so.

Smith said that anyone found violating the burn bans can face some stiff penalties.

"Under a county burn ban, it’s up to a $500 fine and up to one year in the county jail, and for a governor's issued burn ban it’s I believe $1000. That’s what we do now. Law enforcement has been going out on fires when they are requested, and they will be issuing citations for illegal burns," Smith said.

For a full map of Oklahoma Counties currently under a burn ban, Click Here.