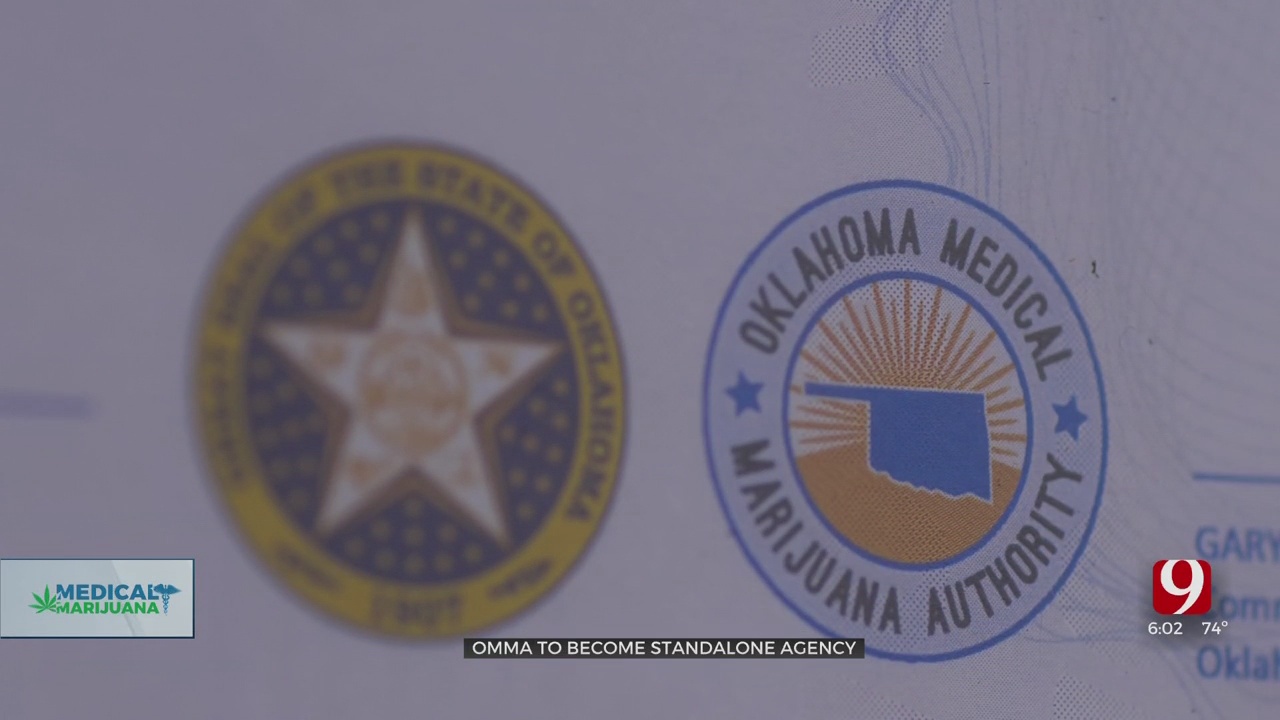 OMMA To Become Standalone Agency By End Of year

There have been issues in the past regulating medical marijuana in Oklahoma, but the goal of a new bill is to make the Oklahoma Medical Marijuana Authority a separate entity and help regulate the industry.

Starting November 1st, the Oklahoma Medical Marijuana Authority will move out of the State Health Department and become a standalone agency.

OMMA is responsible for things like processing commercial and patient license applications.

They also make the rules based on state law.

Oklahomans voted in 2018 to legalize marijuana for medicinal purposes.

Since then, the authority says the active patient and commercial licenses in the state have climbed to nearly 400,000.

Adria Berry, Director of OMMA, told News 9 that becoming a standalone agency will help them work directly with patients and businesses.

"We have an amazing and rare opportunity to cut back on a lot of red tape and bureaucracy that you think of in state government, and really start from scratch," said Berry.

“It’s important that OMMA has the ability to meet the ever-changing needs of Oklahoma’s marijuana industry and separating the authority as a stand-alone agency will give OMMA the flexibility it needs to effectively lead in all facets, including enforcing the laws set forth by the Legislature and investigating any violations,” said Treat in a statement.

"Making OMMA a stand-alone agency is necessary to deal with the complexity of regulation and compliance of the expanding medical marijuana industry," Echols added. "This will help us cut down on the black market that threatens the wellbeing of Oklahomans and properly regulate the legitimate businesses approved by voters."

After November 1st, the governor will appoint OMMA’s executive director.

Then the State Senate will be responsible for the appointee’s confirmation.