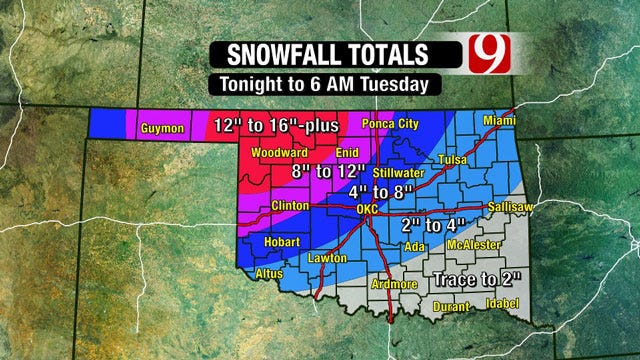 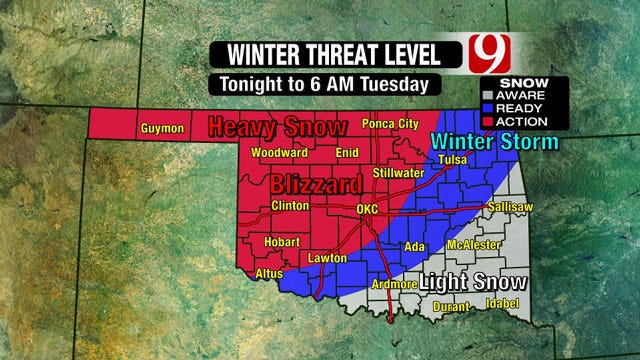 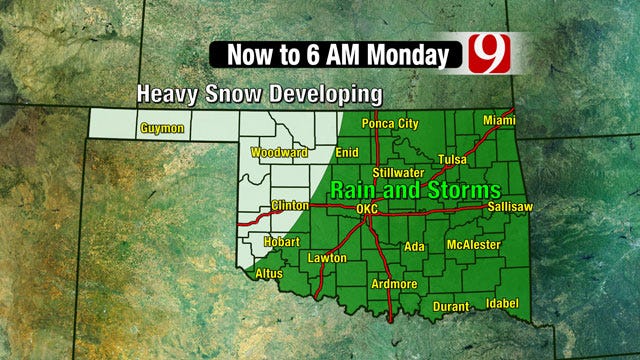 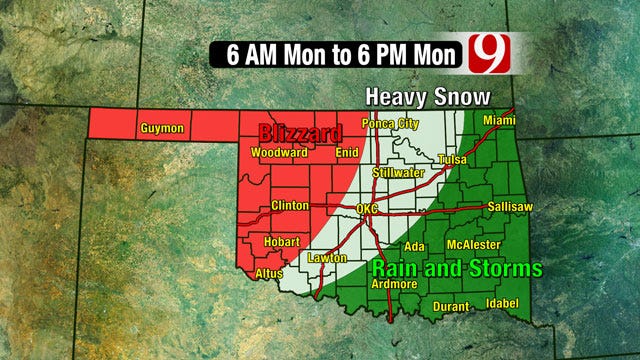 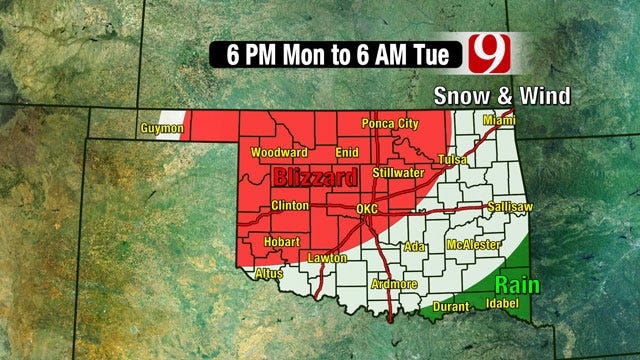 Snow will spread eastward into central and northern OK Monday afternoon and evening, with the heaviest snow expected in the OKC area Monday evening and overnight into early Tuesday morning. Snow will end from west-to-east by late Tuesday morning.

Impacts: Heavy snow and fierce northerly winds will make traveling during the height of the storm very dangerous. Roadways across western, northwestern and northern OK will become snow-covered and impassable.

Heavy snow here may also compromise the roofs of houses and buildings. While the snow is not expected to be as heavy for central OK/OKC, continuous blowing and drifting snow will make traveling dangerous with blizzard-like conditions possibly developing.

Snowfall totals: As aforementioned, the highest snowfall totals will be across portions of west-central, northwestern and north-central OK. Snowfall amounts for these locations will range from 12 to 16 inches with locally higher amounts possible – snow drifts could top 4 to 6 feet.

Snowfall amounts trend less towards central OK/OKC. OKC will be on the southern gradient of heaviest snow, and because of this snow totals across OK county may vary significantly. 4 to 8 inches is possible across western and northern OK county, with 2 to 4 inches for southern and eastern portions.

For the very latest, tune in to News 9 tonight at 10 P.M. with Gary England and Kelly Ogle.