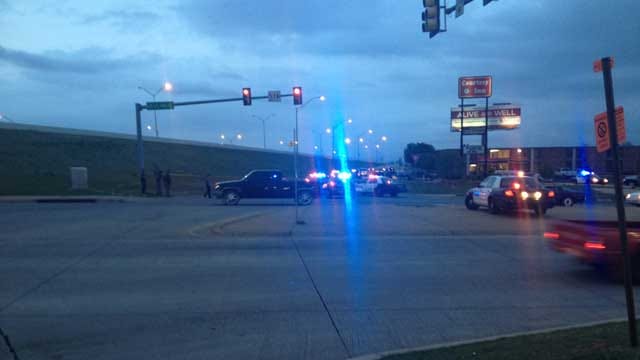 The two suspects were shot and killed.

Right now officers are not telling us who the suspects are and what they were wanted for. Troopers say the duo was staying at a Motel 6, less than a quarter of a block from the scene of the shootout.

News 9 was here moments after the shootout, allowing us to get a first hand account of what witnesses saw.

"When I looked up there were six police cars following a single car. They pulled him over, cornered him. Next thing we knew they were getting out of their car with their guns drawn and before we knew it we heard shots fired," Barbie Battershell said.

I-35 service road heading north from S.E. 44th has been closed for several hours. Police ask that you take alternative routes.