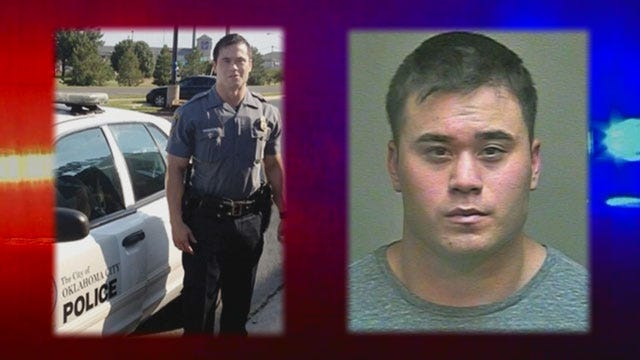 The charges keep piling up against an embattled Oklahoma City police officer.

He is accused of sexually assaulting women while on duty in NE Oklahoma City.

Earlier this year, the Oklahoma County District Attorney charged Holtzclaw with 26 counts of rape, sexual battery, oral sodomy, or indecent exposure, when several women came forward claiming Holtzclaw fondled them in the back of his patrol car.

In some instances, the victims claimed he forced them to perform sex acts to avoid arrest.

The highly-publicized case caused several victims to come forward after Holtzclaw was arrested in Aug. 2014.

Most recently, three women informed investigators Holtzclaw stopped them and threatened to arrest them if they did not comply with his demands.

Court records reveal some of the exchanges.

According to statements by one of the alleged victims, Holtzclaw pressured her by saying, "You are going to give me some sex…or you're a** is going to jail."

Another woman alleged Holtzclaw raped her after saying, "This is what you are going to have to do. I don't want to take you to jail."

A total of 13 alleged victims have made similar complaints in the case, but Holtzclaw maintains his innocence.

High-profile defense attorney, Scott Adams has refuted the allegations against his client, "He denies he has done anything wrong and now it is time for us to start putting his case together," said Adams.

At this point, Holtzclaw will have to defend himself against charges for 32 sex crimes.

His preliminary hearing is set for Nov. 17.