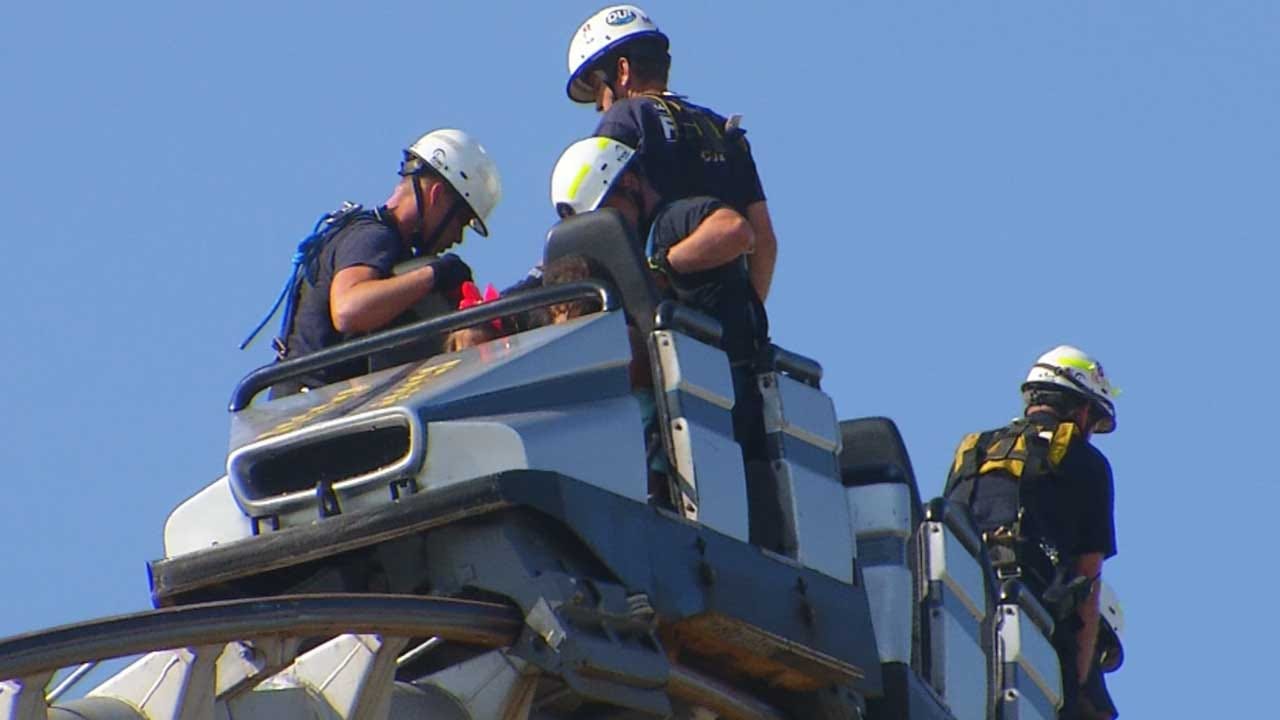 It was a ride at least a dozen passengers on board the Silver Bullet say they'll never forgot. Just as the Frontier City roller coaster reached the top, something went wrong.

Frontier City told News 9 a malfunction was the result of the lift stalling Wednesday afternoon. The car simply didn't have enough momentum to make it over the first hill.

For more than an hour, eight Silver Bullet riders were stuck at the top of the ride.

“It took a while. When it just stopped clicking,” said Ruben and Coltan Flores.

Ruben and Coltan were two of the first off the roller coaster, helped down by Frontier City staff since their car was near the stairs.

“At first they told us they would just get us over the hill and finish the ride. But then after a while they said they couldn't and they will just get out down,” said Flores.

But those at the front of the ride were forced to wait for rescue crews to arrive. Fire crews handed out water and ice packs to the eight stuck on the ride first, then secured each car as they prepared for the rescue.

And all Elizabeth Rivera could do from the ground is watch and wait for her nephew to come down from the top of the eight-story ride.

One by one, firefighters rescued the seven children and one adult trapped on the ride walking each of them down to safety.

To some, it was traumatic being at a standstill nearly 100 feet in the air, but the three cousins wanted to know when they could ride it again.

Reporter: “If they fix it today you would ride it again?” “Yes. Probably. I would,” said Ruben and Manuel Andablo and Coltan Flores.

This is not the first roller coaster break down. Frontier City said they will conduct and thorough investigation.