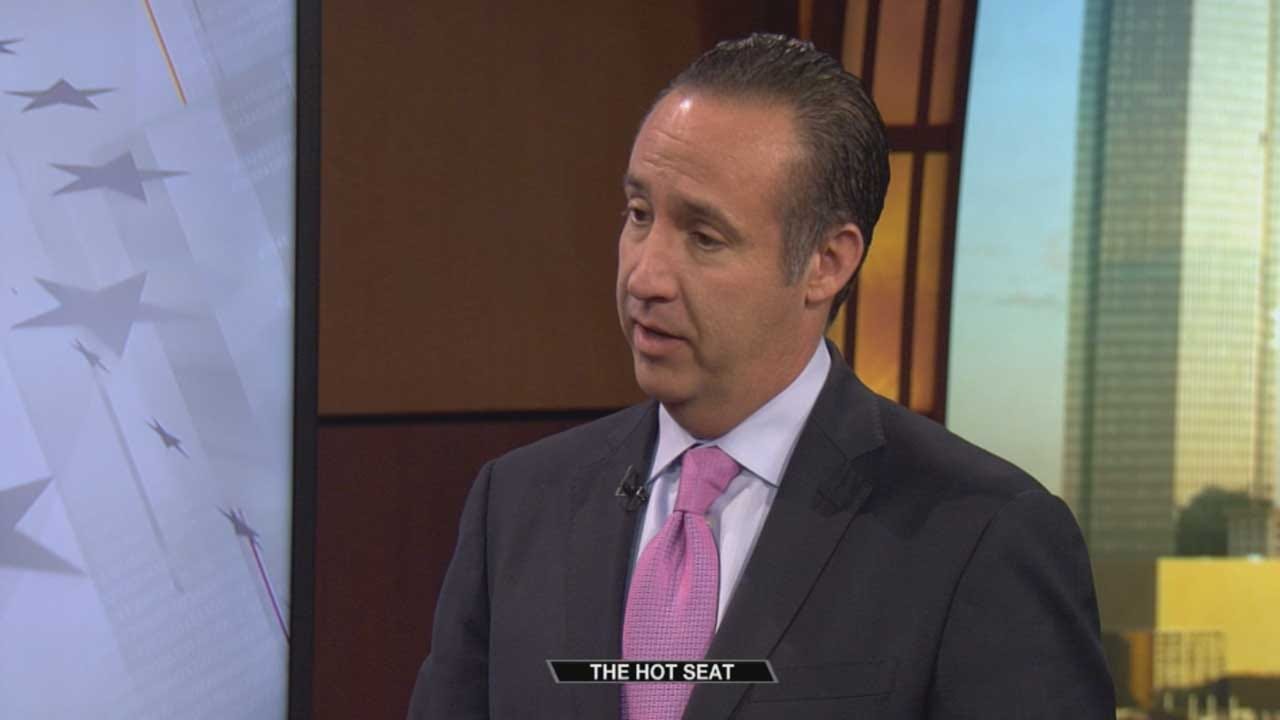 Preston Doerflinger was interviewed Friday by News 9 political analyst Scott Mitchell for his weekly Hot Seat segment, and Doerflinger, and all the Fallin administration, are on the hot seat right now. They have to figure out how to make up for yet another significant shortage of revenue.

Last week, News 9 learned the shortfall for fiscal year 2018, which begins next July, is being estimated at $870-million. This follows the $1.3-billion shortfall that scarred the current year's budget, and the $610-million shortage last year.

With the first two, the revenue gaps were closed, primarily, by cutting individual agency budgets and by using one-time funds, like money from the “Rainy Day” fund.

But Doerflinger told Mitchell this year has to be different; lawmakers can't just cut their way out of the shortfall. They'll have to approve either some new taxes or tax increases, or do away with some tax exemptions.

New recurring revenues that have been suggested so far include taxes on soda, cigarettes, possibly tattoos.

The governor pushed to increase the cigarette tax last year to help pay for teacher raises, but a bipartisan group of lawmakers defeated that.