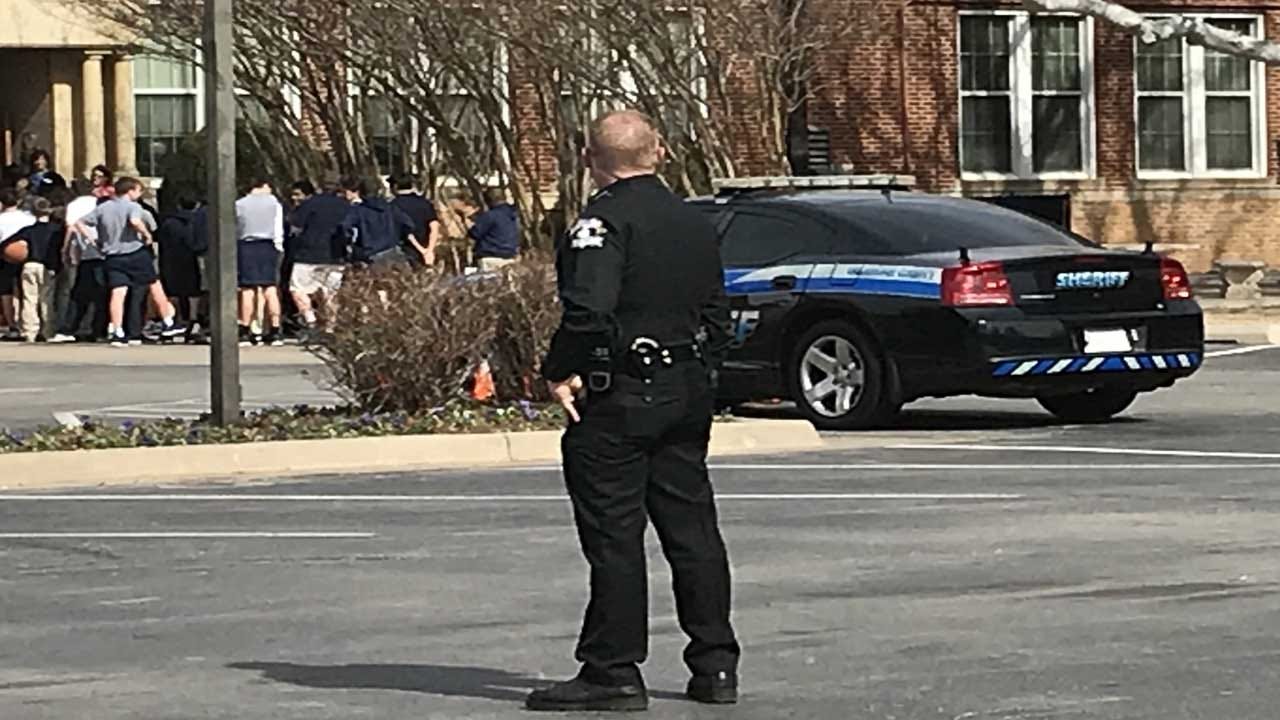 Metro parents and students are on edge after the tragic school shooting in Florida and a shooting threat made towards Western Heights Middle School Thursday morning.

Metro schools utilize local law enforcement to keep students and staff safe. Oklahoma County deputies are in position at 13 metro school districts. When they are not walking the halls, they are keeping a close eye on what's happening outside.

“They wear many hats and have a lot of responsibilities,” said Lt. Charles Avery. “But first and foremost is the safety of the school.”

School resource officers or SROs are in place to prevent or lessen the impact of tragedies such as the shooting at a Florida school. They stand guard at schools Monday through Friday and are on a first name basis with students and staff.

“He’s there every day, he interacts with people, with kids and teachers,” said Avery. “So he can recognize a threat that other people may not recognize.”

Their numbers increase when a threat is made against a school.

Western Heights district officials said increased security measures were taken after learning of a shooting threat a middle school student made on Snapchat. The 13-year-old claimed to have numerous weapons and threatened to shoot up the school.

“Research has shown when someone that is thinking about doing something like this,” said Avery. “When they pull up and see a police car they know they will immediately be engaged and they will go to another location where an officer is not.”

Police said the suspended student did not have guns, but it is not something law enforcement can take lightly.

“A lot of times kids will say ‘Well I was just kidding,’’ said Avery. “But in this day and age when violence happens in schools, we don’t have the luxury to take everything as a jokes.”

The 13-year-old who made the threat on social media is in police custody and could face serious charges.