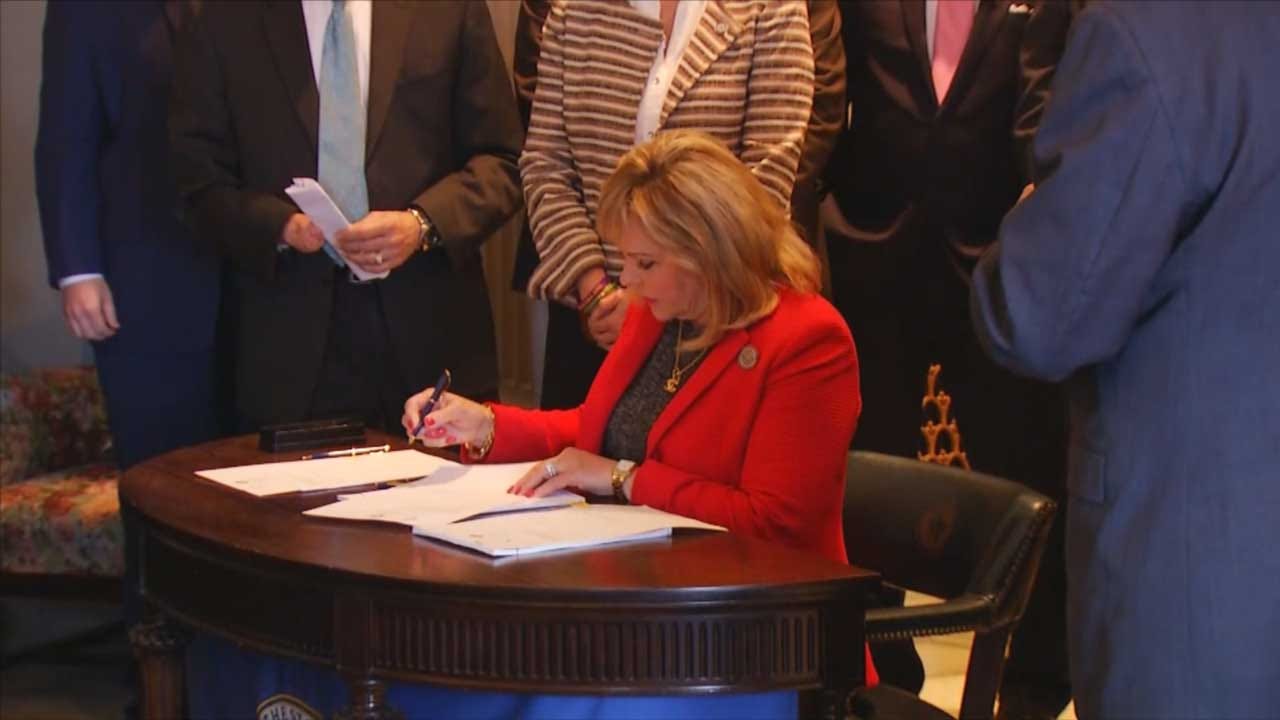 State lawmakers strike a deal to give teachers, on average, $6,100 annual raises and to give raises to state workers. But, that won’t be enough to avert a planned teacher walkout next week. And it didn’t come without controversy.

Wednesday, Republicans and Democrats worked together to pass the largest tax increase in state history. Now, they’re back to battling.

“We finally have made it. And I want to thank our legislative leaders for their tremendously hard work,” said Gov. Fallin.

Not just hard work. There was a lot of in-fighting over the past 24 hours leading up to the signing of the bill.

The House of Representatives passed a bill this week that included increases in taxes on tobacco, fuel, and the tax on oil and natural gas production called gross production. It also created a new, $5 tax on hotel-motel stays.

The Senate agreed to pass the bill if the House repealed the hotel-motel tax. So, the House did.

But Democrats say that’s not what they agreed to, and that leaves the bill $50 million short. That’s on top of the $75 million the bill was already short.

“This is just a frustration from our guys going we were already upside down on how we’re going to get the money to pay for these important pay raises,” said Representative Scott Inman (D) Del City.

Representative Shane Stone (D) Oklahoma City added, “People are celebrating the fact that we raised taxes to fund teacher raises. And we’re going to rip $50 million out of that and we can’t talk about where the $50 million it is going to come from.”

Senate Republicans say they money will be there through a combination of third party taxes on Amazon purchases and an improving economy.

Schulz said that’s enough to give teachers sizable raises and give raises to state workers.

Those raises go into effect July 1.

“So here we’ve done it again,” said Senator John Sparks (D) Senate Minority Leader, “We’ve set up a system where a year from now we’re going to be a hundred million dollars short.”

Those tax increases on tobacco, gas, diesel fuel and the gross production tax will go into effect August 1.