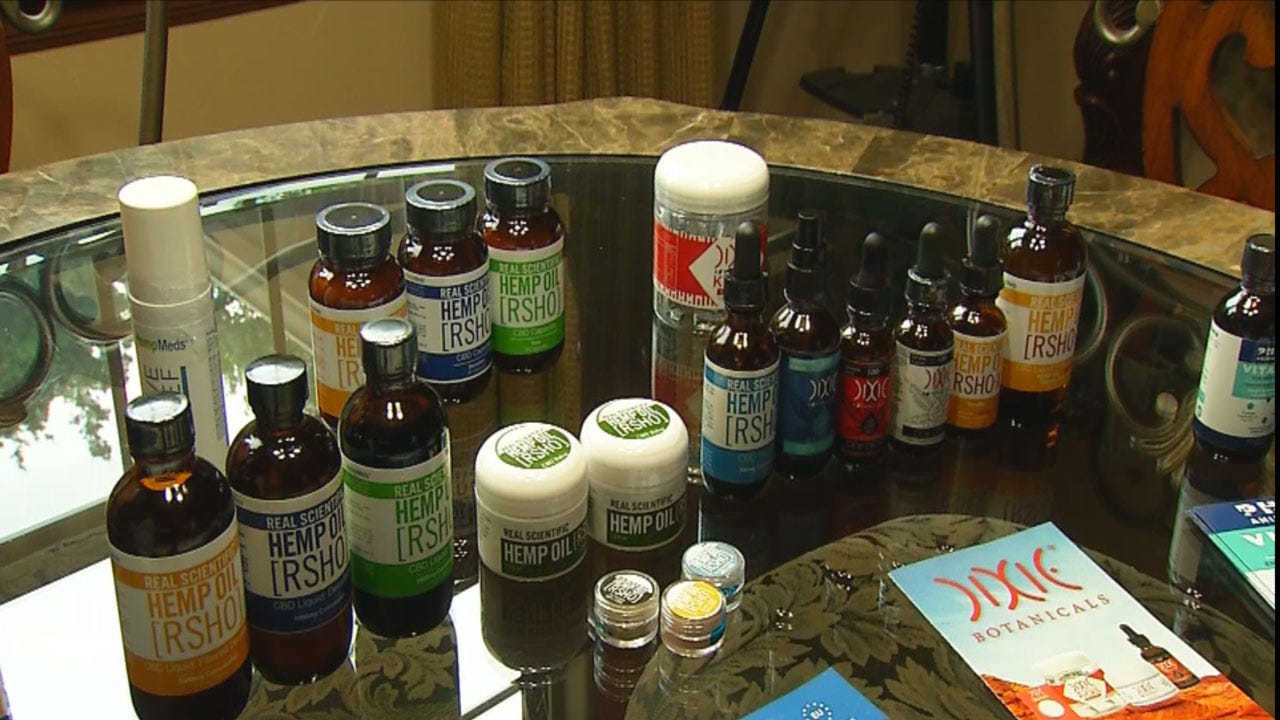 Eight years ago, we brought you a touching story about a nine-year-old boy trying to raise money for his mom's cancer treatments. Today, he's 16 years old and his mother, cancer free.

“I believe I’m a miracle,” said Rhonda Gossett at her home in Oklahoma City.

A miracle, because sitting around the table with her family now didn't seem like a real option eight years ago.

“The doctor at first didn't think it'd probably be a year,” she said.

Diagnosed with stage four breast cancer, Rhonda started a battle she was determined to win.

‘We'd just roll with the punches, every time that it would come,” she said.

Even though each time, those punches hit hard, as the cancer spread to her bones and then her brain.

‘It was a hard journey,” Zach said. “A lot of the time I was pretty upset about it.”

We interviewed Zach back in 2010 about his t-shirt and bracelet fundraiser he put together for his mom.

“That kept my mind off of it quite a bit,” he said.

“He also did a book where he put jokes in it every day for me to read,” Rhonda said. “There was just a lot that lifted me up, but I felt really bad for him seeing me go through that.”

Following two brain surgeries, the family received what felt like the final blow, the cancer returned.

“At that point we were basically told 'we don't know what else to do,'” said Darren Gossett, Rhonda’s husband.

They decided to turn to cannabis, first going to Colorado to use a higher THC oil. Once the cancer was gone, Rhonda started using CBD oil here to keep it at bay.

“This form of cannabis is legal in all 50 states,” Darren said.

Within weeks, Rhonda says she began to feel the benefits of the CBD oil.

“I started feeling better all the time, I felt like my brain started healing,” she said.

And after two years, her cancer was gone.

Now Rhonda helps others, by telling her story to bring hope to other families going through the same thing.

“I didn't really understand it until now when I’m watching other people and their families go through it. It's really a big deal for people to be there for others whenever they are going through this,” she said. “I just feel very blessed that I’m here,”

The family takes CBD oil as a supplement every day and is hoping state question 788, which would legalize medical marijuana, is passed on Tuesday.

For more information, you can contact the family at: darrengossett@gmail.com.