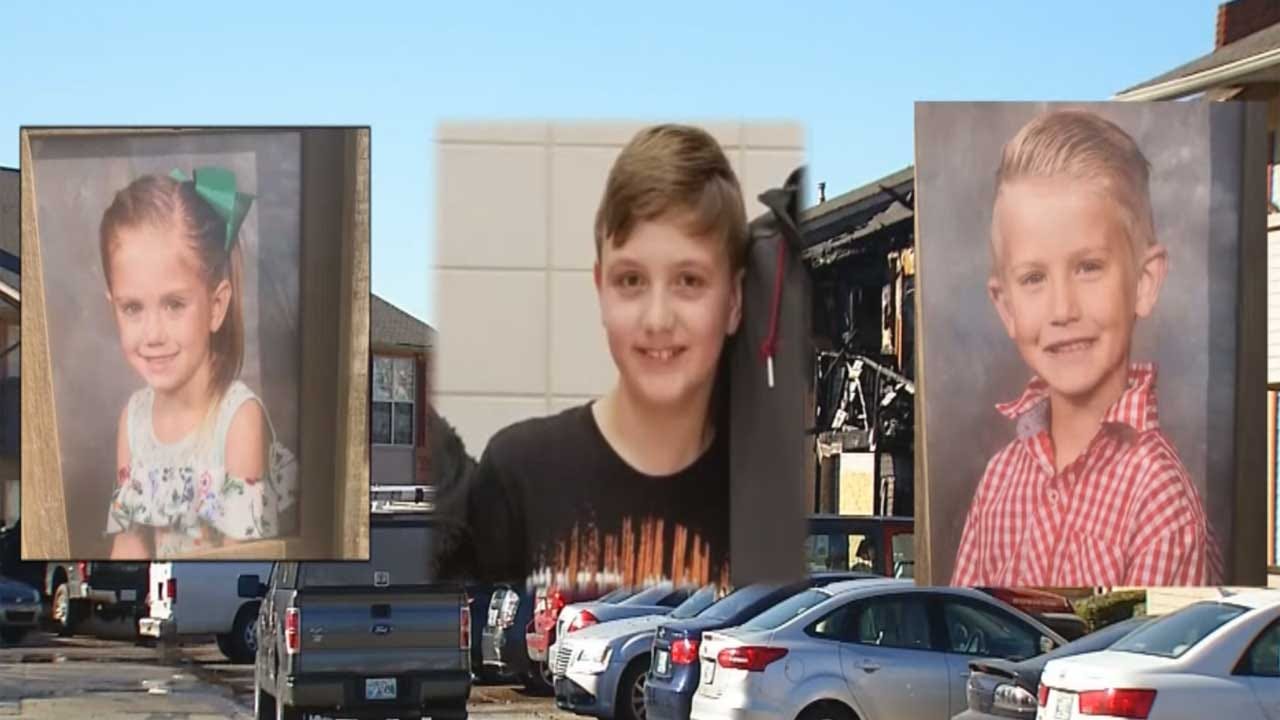 The Guthrie community is grieving the loss of four community members Monday following a tragic fire.

One man escaped Melissa’s unit, but Melissa, her niece and two nephews died in the fire.

Melissa’s cousin, Chris Evans, says his family is very close. He describes Melissa as the “cool aunt,” beloved by all her nieces and nephews.

As for the children, Chris describes Bentley and Carson as sports enthusiasts, and Bentley as a little girl who loved to dress up.

“They were so young. So young. We always get together as much as we can,” Chris said.

Oklahoma City firefighters are trying to figure out how this fire started.

Investigators believe there was a working smoke detector in Melissa’s unit.

However, the Oklahoma City Fire Department wants to reiterate how important preventing fires is, to help keep a tragedy like this from happening again.

The fire department recommends every home have a working smoke detector, which are available through the department.

Most fires are preventable, caused by cooking, cigarettes or electrical issues, according to the fire department.

Crews also insist every family member in every home have an escape plan, including two ways out of every room.

As the fire department works on investigation and fire prevention, the community of Guthrie is doing all they can to help the victims’ loved ones.

A GoFundMe page has been made for funeral services. Click here if you would like to donate.

A local entrepreneur also organized a car wash fundraiser, which will be held at Guthrie High School on Sunday from 1 p.m. to 6 p.m.