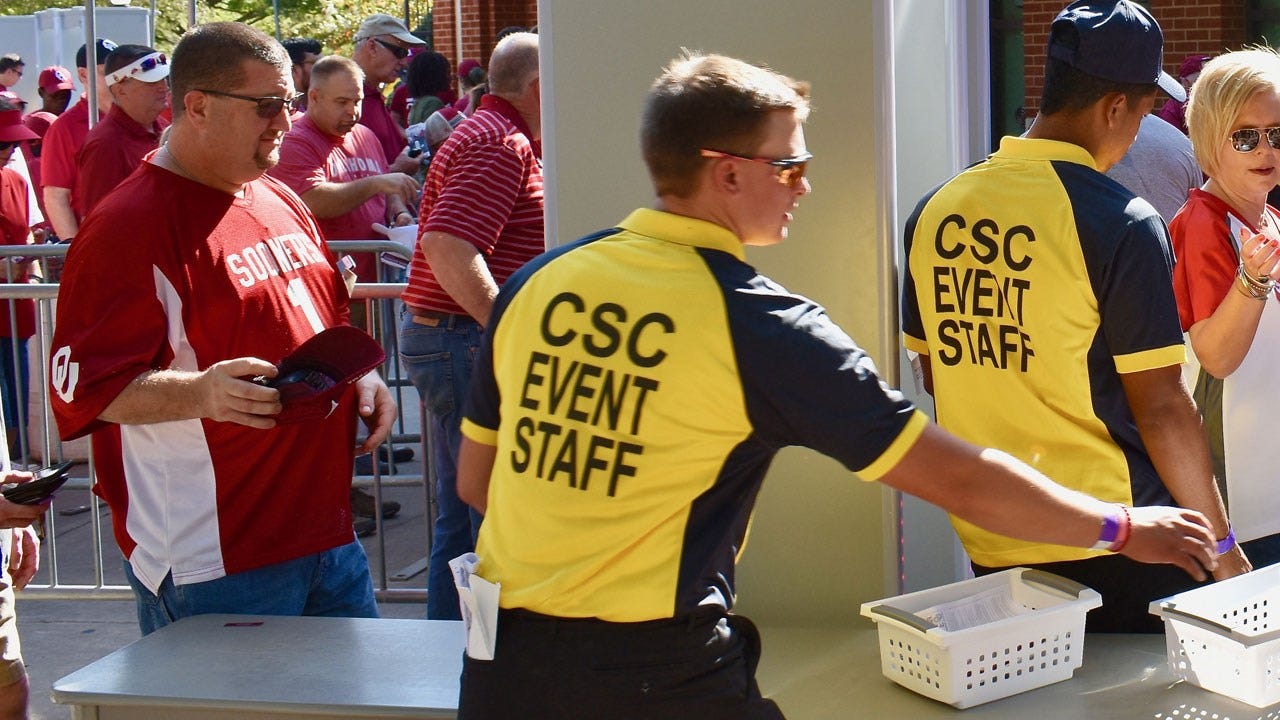 The University of Oklahoma clear bag policy was implemented at the first game of the season against the Florida Atlantic Owls.

Many saw this change coming after the NFL recently made the change in their games.

“Truthfully I don’t know how much difference it makes, except it might make people feel better,” Steelman said.

“It should have been done a long time ago,” said Atnip. “It makes the lines go faster, we can look at the bag all the way around and we can see what is and what isn’t in there.”

The nine-year security veteran said most people complied with the new rules, except for the few who did not get the news.

Mother of two toddlers Christina Ashlock said she saw the clear bag policy on the news.

“If we hadn’t have searched online, we would have had to buy a clear bag here which would be more expensive,” said Ashlock.

“I know it’s good for safety reasons, but for a college campus I feel like it's hard for everyone to remember to do that and have to buy it,” said Ashlock.

Ashlock’s husband Ryan Ashlock said the policy made him feel safer, but he did not like it because it made the lines “too slow and too hot.”

Liz Shoemaker was not aware of the bag policy when she came to the game with her daughter Julianne Shoemaker.

“All the violence in the world today. You have to take some kind of pro-action to help stop it,” said Liz Shoemaker.

Ronnie Richardson has a 20-month-old daughter, Dorthia and another toddler Ev.

“These guys mostly need diapers and wipes,” said Richardson. “If you had a tiny one, this would be really hard.”

Richardson said she went to a different game with a clear bag policy last week and had to walk her purse all the way back to her car.