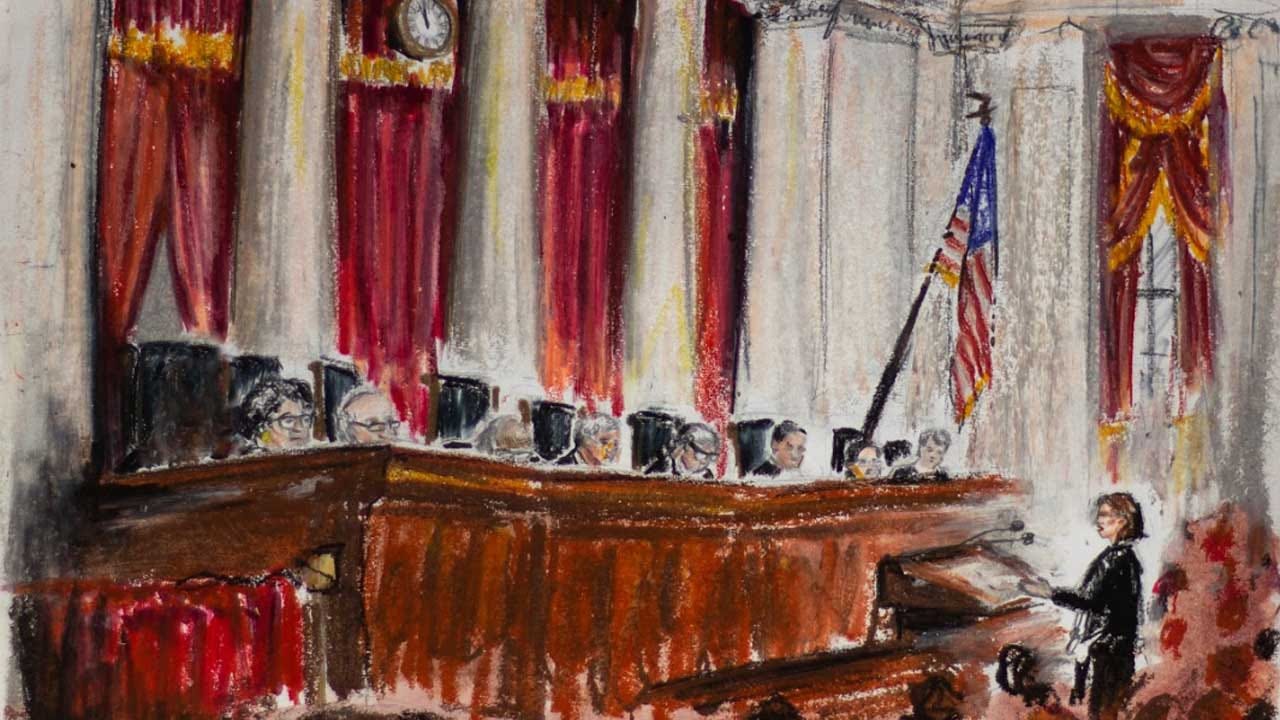 The state of Oklahoma and the Muscogee (Creek) Nation met in a tense hour’s worth of arguments and questioning before the U.S. Supreme Court Tuesday in a case that could restore significant land and power to the tribe.

Carpenter v. Murphy, a case revolving around a 1999 Oklahoma murder, saw the state argue against recognizing the 1866 boundaries of a Muscogee (Creek) Nation reservation, which the state said has long been dissolved. The state invoked strong language concerning the potential effects of such recognition, telling the court it could have “dramatic” and “earth-shattering” consequences.

“There will not be turmoil from an affirmance,” said Riyaz Kanji, who argued on behalf of the nation and downplayed all the possible effects the state brought to question.

The case, brought to the Supreme Court by the state, dates back to 2000, when a McIntosh County court convicted Patrick Dwayne Murphy in the 1999 murder of George Jacobs. Throughout multiple appeals in following years, Murphy’s conviction and death penalty sentence were upheld by Oklahoma appellate courts — until the case reached the U.S. Tenth Circuit Court of Appeals.

Last summer, the Tenth Circuit Court ruled that Murphy should have been tried by the federal government, and that he murdered Jacobs on historic Muscogee (Creek) land. That court overturned Murphy’s death sentence and conviction, drawing on past cases to decide that Congress had never taken the necessary steps to dissolve the original reservation.

The reservation in question encompasses about 3 million acres of Eastern Oklahoma land, including the modern city of Tulsa. The state’s representative, Lisa Blatt, told the court in Tuesday’s arguments that affirming the existence of this historic reservation could “trigger a seismic shift in civil and criminal jurisdiction.”

While Blatt did not point to a specific date when Congress would have dissolved the reservation, she argued that Congress did take actions to strip the Muscogee (Creek) Nation of its sovereignty as Oklahoma became a state, effectively removing its sovereignty over its allotted land. Justices Elena Kagan and Sonia Sotomayor pushed back especially hard on this point, interrupting and verbally sparring with Blatt at several points.

Ian Gershengorn, former U.S. acting solicitor general, argued on behalf of the Muscogee (Creek) Nation that Congress never invoked the specific language necessary to dissolve the reservation, and that enough tribal powers were preserved going into Oklahoma statehood that the tribe has maintained its sovereignty over the land.

But the state also argued against affirming the reservation on practical and jurisdictional levels, telling the court that if the Muscogee (Creek) Nation were to regain sovereignty on the land in question, the effect on law enforcement would be “dramatic.”

Edwin Kneedler, a deputy U.S. solicitor general, said any crime committed on the land and involving a Native American individual (the exact definition of which he left unclear), would have to be prosecuted on a tribal or federal level, and would overwhelm those entities’ unprepared resources.

“The uncertainty that it would create with regard to state prosecutions, convictions, finality, the parties that are affected by crimes, is certainly something that we are deeply concerned about,” Hunter told Gaylord News after the hearing. “And at the end of the day, I think that everybody has to remember the origin of this legal proceeding. Mr. Murphy murdered an individual, and there is no question...with regard to that.”

Kneedler also told the court that the state would lose the ability to tax Native citizens living on the reservation land, and that state issues like liquor laws could be uncertain under tribal jurisdiction.

Gershengorn argued that “the state’s concerns are dramatically overstated,” and that the issue of taxes is “not existential.” The state, the tribe and Congress have worked together before to solve such issues, and could do so again with expediency, he told the court.

“Our approach to this was that it is in the best interest of the people of the state of Oklahoma, whether they are of Native American descent or not, that the accomody, the collaboration, the partnership that we now enjoy is best preserved by the Murphy decision in the Tenth Circuit being overturned,” Hunter said.

While the Muscogee (Creek) Nation has always recognized the reservation boundaries in question, it now asks that the U.S. government do the same, said the nation’s principal chief James Floyd. Floyd said while officially affirming the reservation could mean gradual change for those living in its boundaries, it likely won’t be the drastic shift in everyday life suggested by the state.

“I think the position of the state was grossly overstated,” said Muscogee (Creek) Principal Chief James Floyd after the arguments. “We’ve always stood for law enforcement as mentioned during the arguments, we have joint agreements with city county state and federal law officers. So, I don’t see that the gates would be open and people would be let free.”

While the nation did not bring the case in the first place, it participated to defend Muscogee (Creek) sovereignty, Floyd said. He said losing the case could mean reevaluating how best to reclaim that power.

“We would see diminishment of our sovereignty, and in that regard, we would take the action is necessary to restore our full sovereignty as a nation for our people,” Floyd said.