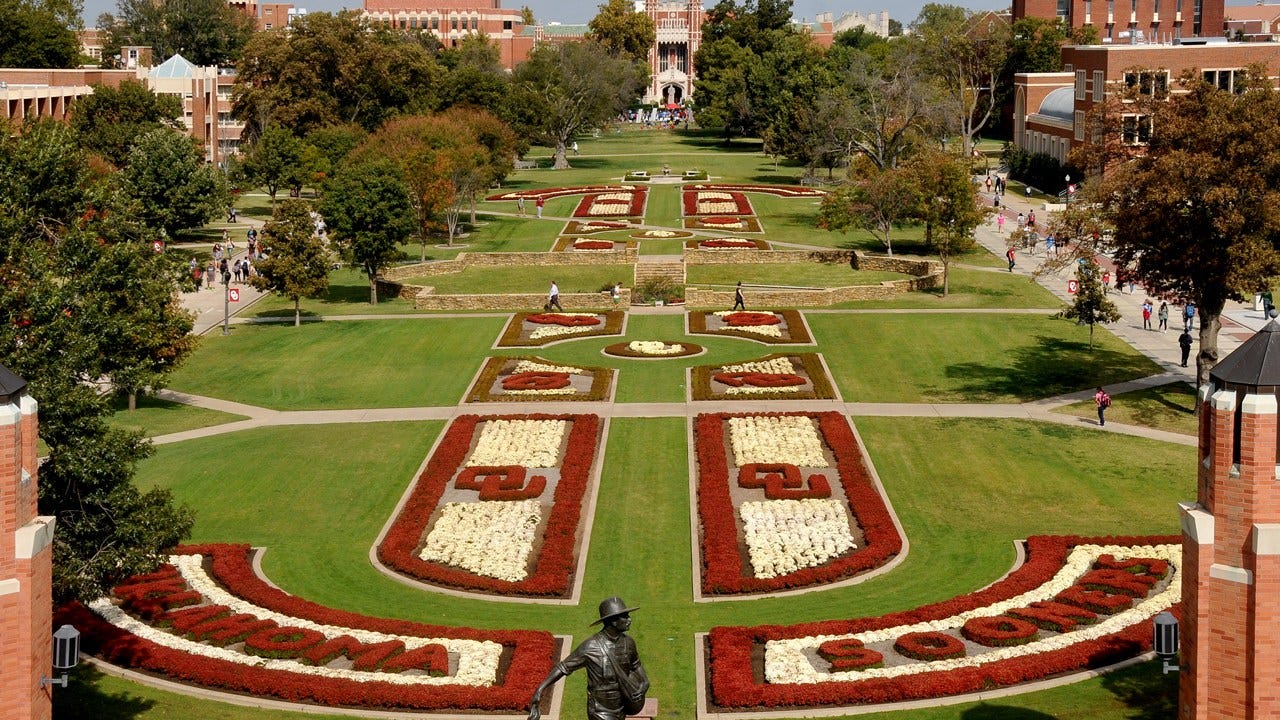 During the University of Oklahoma’s first football game of the 2018 season, campus corner played host to an endless sea of crimson and cream. Restaurants lines were out the doors and into the streets, while local shopping boutiques attracted many potential customers.

Popular restaurants such as Victoria’s Pasta Shop said that they have a really great relationship with customers on game days. Server Mackenzie Woods stated that she “really enjoys afternoon games.”

Campus corner boutiques such as Stella Rae’s thrive on game days, said store owner Alexis Appling. Appling said that the store atmosphere during game days are quite different compared to a normal day.

“Instead of our normal music, we play country,” said Appling. “The vibe is totally different.”

Appling pointed out her pop up tent located directly outside of the store.  Appling mentioned that something unique Stella Rae’s does to accommodate customers during home games, is a holding service so that customers do not have to carry around their purchased items during the game.

Appling said that although she loves all OU games, her favorite are the evening games because she does not have to open up the store so early.

Danni Brown from Kong’s Tavern said that they love game day’s because it helps them promote their new business.  Kongs Tavern opened their doors in Norman fairly recently, so this is their first home game. Brown said that one thing that makes Kong’s Tavern unique is that they feature live music.

The next OU home game is September 8 at noon against the UCLA Bruins.